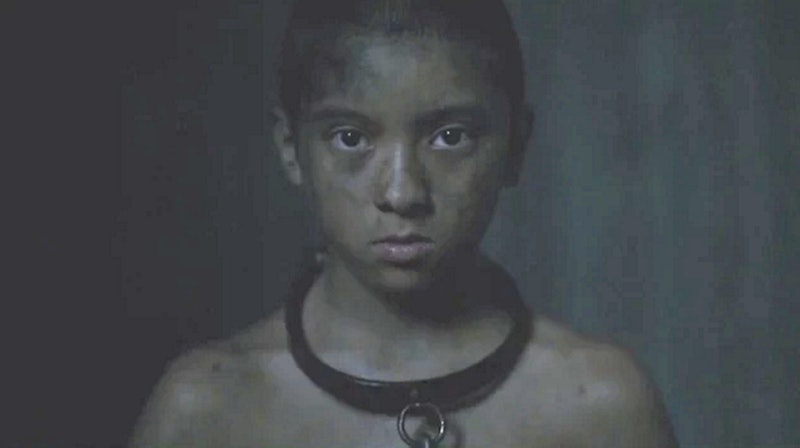 Daredevil is back, and the "war" that Matt Murdock was warned about is finally coming to pass. We even got some epic mythology to go along with it. What's a Black Sky on Daredevil ? Spoilers ahead for Daredevil Season 2, Episode 8 and beyond. Daredevil Season 2 mentions Black Sky, the mysterious "weapon" again, but this time we know who's behind it.

In Season 1, Nobu's people were transporting a Black Sky to the grid of New York they wanted to acquire (Hell's Kitchen), but were intercepted by Stick — Matt Murdock's mentor and, we are now lead to believe, a member of an organization called The Chaste. Though it was already speculated last season, it's now safe to assume that Nobu was officially a member of The Hand, as the organization has become more and more prominent throughout Season 2. When he comes to see Matt this time around, Stick explains that The Hand has never been able to "activate" a Black Sky, though they've been trying for some time. According to Elektra, it is an ancient being that they worship as well.

So far, Black Skies have seemed like a bit of a Maguffin — an object or person that is never fully explained but holds great importance — we know that they can be children, but we don't know if they always are or what "activating" one means. Weaponized children in stories like this usually means some kind of advanced training and often brainwashing. Think of River from Firefly or even Black Widow in the Marvel Cinematic Universe. This show does exist in the same universe as Agents of S.H.I.E.L.D., and it's likely that a Black Sky has some kind of supernatural gift, but I doubt this is as simple as an Inhuman who needs to undergo terrigenesis. You'd think The Hand would have learned by now that fish pills are "activating" Inhumans all over the world, if that was the case.

Could they have anything to do with the young people whose blood was being drained by Nobu and replaced with toxins? The mysteries of The Hand, and their Black Sky aims, keep growing.

At the end of Season 2, we learned that Elektra is a, nay, The Black Sky. This presented a conflict, because as a member of The Chaste she had been trained and taught to kill Black Skies. However, she is fulfilling her destiny now, whatever that is. After dying in battle, The Hand has her in some kind of oven. Whatever happens next, in Daredevil or The Defenders or hopefully an Elektra spin-off, is sure to be epic!