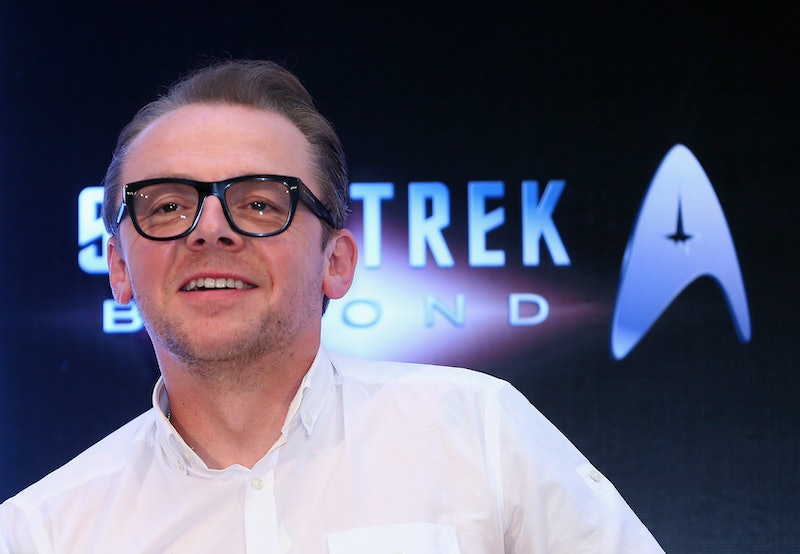 Steven Spielberg's film adaptation of Ernest Cline's 2011 hit novel has locked down another big star. Slated for a 2018 release, Ready Player One will star Simon Pegg as Ogden "Og" Morrow. The highly-anticipated movie will closely follow the acclaimed young adult novel, and it will likely hit theaters in 2018.

Ready Player One forecasts a grim future, in which the poor live in high-rises created by stacking mobile homes and bits of metal. Practically everyone escapes the horrors of the real world by spending time in OASIS, a virtual reality version of the Internet in which anyone can visit anywhere: Rome, Paris, Tokyo, Lima, Mid-World, Middle-earth, Discworld, Jurassic Park ... you name it, it's there. Of course, traveling to these fantastic realms requires real world cash, which protagonist Wade Owen Watts — who is known as Parzival in OASIS — doesn't have.

In addition to making his life more difficult than I can adequately express, Parzival's poverty also complicates the pursuit of his hobby. He's a gunter — a portmanteau of "egg hunter" — who hunts one legendary prize: the Easter Egg that OASIS co-creator James Halliday hid somewhere inside one of its virtual worlds. In order to successfully hunt down the Egg, gunters obsess over the minutiae of 1980s pop culture, including video games, sci-fi movies, and TV shows. Whoever finds the Egg inherits Halliday's fortune and control over the OASIS.

Ready Player One begins filming this June. As Parzival, Tye Sheridan leads a cast of up-and-coming actors that also includes Olivia Cooke and Ben Mendelsohn. In the meantime, look for Pegg to reprise his role as Scotty in Star Trek Beyond, which opens on July 22.