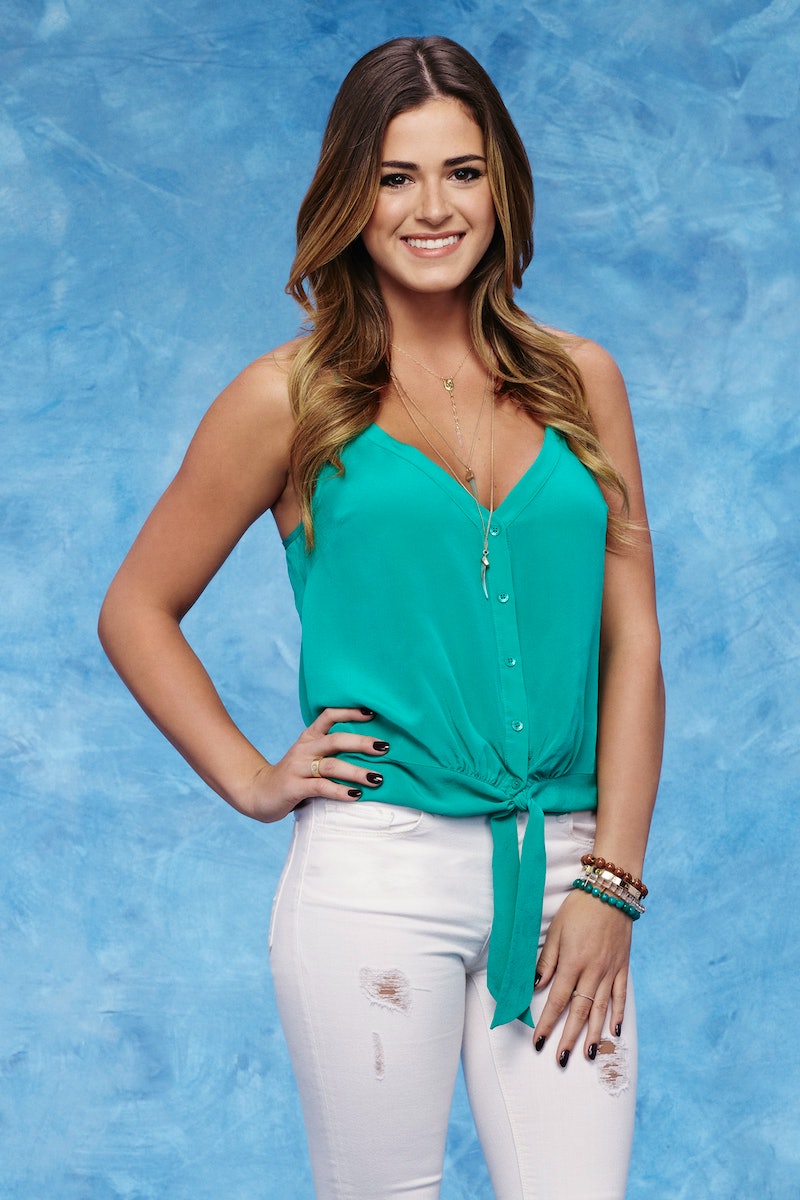 Huge news out of Bachelor Nation: Filming for JoJo’s Bachelorette season has officially commenced (can I get a "yaaaas"?), and the creator of the show, Mike Fleiss, is generously tweeting his heart out about it. And trust me, guys — he’s spilling a lot of juicy details from the new season. Some of which seem like big, fat spoilers from JoJo’s Bachelorette season to me. But if you’re into that kind of thing (hi, I am), then you are definitely going to want to keep reading, because there are a lot of details that Fleiss is already giving away.

These days, his Twitter feed reads like one big gift to Bachelor Nation, with specific details about JoJo’s first night (and the morning after) aired like dirty laundry. There are details on what the guys are like, which ones doesn’t make the cut, and what it’s really like to live with 25 guys. And, lucky for us, Fleiss doesn’t seem to be easing off the gas of these awesome details. He tweeted on Friday that fans can expect “#BachelorNation updates all season long.” And if that isn’t the sweetest gift these guys could give us, I don’t know what is.

1. This Group Of Guys Is Wild

This detail (in the tweet below) sounds exciting, but I’m also hoping that a few normal dudes will surface to win JoJo’s deserving heart.

2. Some Of The Guys Are Super Clingy

Already? Really? Wasn’t she just announced as the Bachelorette days ago? That was quick, dudes.

3. These Guys Have No Manners

I’m just hoping that JoJo has access to her own bathroom at all times. I guess that’s one of the benefits of being the Bachelorette: No one else is using the ladies’ room.

4. JoJo Is A Super Fun Bachelorette

As if you had any doubt. Still, I’m all for Bachelorettes who have fun with the process and make the show interesting.

On Thursday the former Bachelor star tweeted that he might want to return to the show to win JoJo’s heart, and creator Mike Fleiss was all about it. “We would love to have you,” he tweeted during the first night of filming.

6. The Unicorn Makes Another Appearance

The jury’s out on whether the infamous unicorn head appears on JoJo or on one of the guys, but Fleiss’ cryptic tweet “Another unicorn???” suggests that there’s a repeat of this iconic moment when JoJo stepped out of the limo with a unicorn mask on.

Fleiss was tweeting late into the night about how the evening was going. His final tweet about the “night” came at 9:30 in the morning (which, is actually pretty par for the course if you remember the daylight peeking through the door on Ben's first night convo with Lace post-rose ceremony on The Bachelor).

Get to stepping, dudes, there’s love to be found here. (And yeah, five is to be expected, but at least we know she isn't going to slash and burn and break all the rules on night one, OK?)

This season is already shaping up to be an exciting one. I’m keeping my fingers crossed that JoJo finds love and that Fleiss keeps tweeting his Bachelorette-loving heart out.