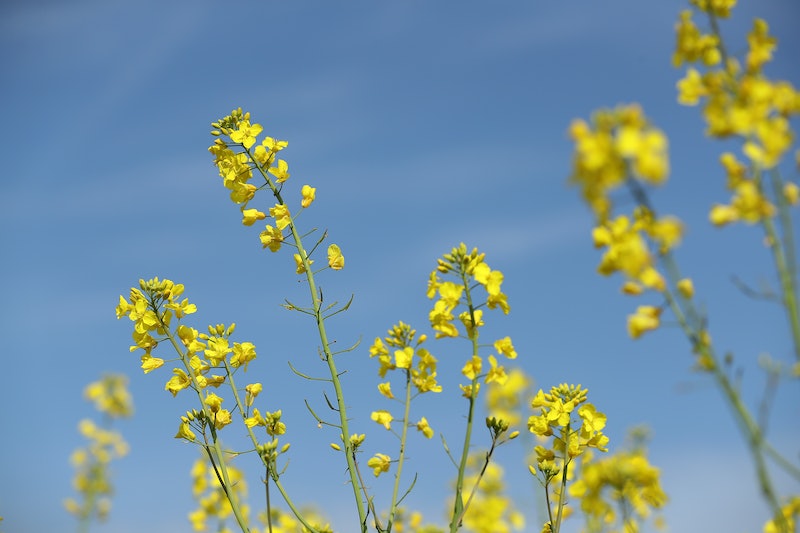 I'm of the mindset that winter isn't the worst thing on the planet, if only because it gives way to spring, which just so happens to be the best thing on the planet. That being said, these cold early days in March still make me feel impatient for sunshine and flower blooms, and I too want to know, when does spring start, officially? Because waiting for warmer weather to finally get here (and stay here) is making me so antsy — and I know I'm not alone.

The good news is, we don't have to wait too long. In fact, if you can make it through to this weekend, you'll be in good shape. According to The Old Farmer's Almanac, the official first full day of spring is March 20, aka not a moment too soon. And, depending on where you live, you can expect to experience the spring equinox on March 19. Confused? I was too — but it's actually fairly simple. While the equinox happens at the same time around the world — 4:30 Universal Time — the North American time zone you live in shifts that time back a few hours. So, for example, if you're on Eastern Time, the equinox officially hits at 12:30 a.m. If you're on Pacific Time, which is even more hours behind, it hits at 9:30 p.m. on March 19. The full breakdown looks a bit like this:

It looks confusing, I know, but generally speaking, the first full day of spring will be celebrated on March 20.

Of course, if you're a meteorologist, you likely started celebrating spring at the beginning of March. As The Old Farmer's Almanac points out, the official spring season in the Northern Hemisphere starts on March 1, and lasts through the end of May. Then, it's time to start thinking ahead to summer, which starts on June 21 (incidentally, that's also the longest day of the year).

It's also worth noting that, although it's almost officially spring, that doesn't necessarily mean that the weather will instantly improve. In fact, the East Coast might be in for a potential nor'easter this weekend that could even bring with it a couple inches of snow. Is this an early April Fools' Day joke? Because I am not amused.

But, I digress. The thing about winter weather is that it can't stick around forever — thank you, science — so take heart knowing that warmer days are just around the corner. They just might be running a little late.