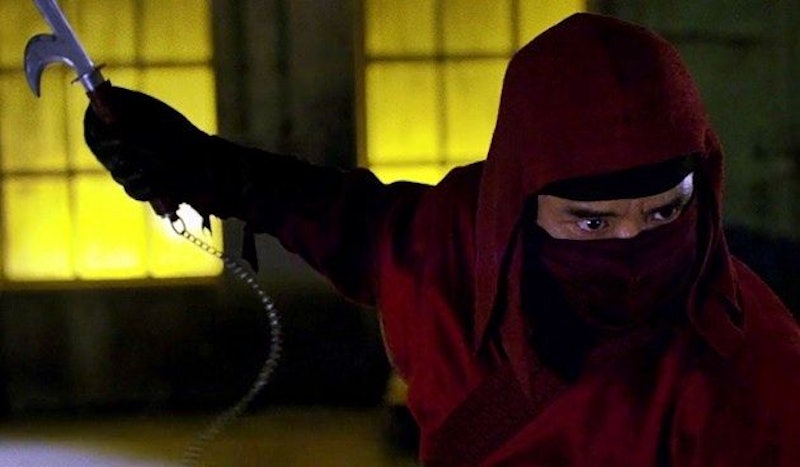 Daredevil Season 2 has introduced a whole slew of new villains and anti-heroes, including everyone from The Punisher to major figures from Matt's past, like Elektra. Still, some of the biggest conflicts this season on Daredevil come from the Hand, a secretive organization with ties to much of the corruption in Hell's Kitchen. If you're not familiar with the group, you'll need to know some background to understand how they factor into Hell's Kitchen and the larger Marvel Universe.

For starters, they've been around for a long time. According to comic book lore, they were first founded by Kagenobu Yoshioka in the 16th century (and the fact that his name sounds so very familiar might not be a coincidence). They started out as a Japanese nationalist group with noble intentions, but they were unfortunately overtaken with a devil-worshipping cult — and the rest is history. Known for their near-unbeatable mix of highly-skilled martial arts and, well, occultism, it looks like the group has made their way from 1500s feudal Japan all the way to present-day Hell's Kitchen. Co-showrunner Marco Ramirez summed it all up rather nicely in a recent interview with TV Guide:

They're a huge, powerful, dark, underground organization. People who know the comics will know they have very interesting properties. They're some of the most powerful people in the Marvel Universe and we love the idea of putting them up against this guy who has a secret life, who has an apartment and a flailing law practice. It's one person going up against an army, as you can see in the trailer.

Not to give too much away in case you're taking your time with Season 2, but a lot of Daredevil 's current major players have ties to The Hand, and they'll be a major part of the series. Nobu, for one, was believed to be a member in Season 1, and that may be addressed in Season 2. Then, as it turns out, in the comics Matt's old mentor Stick is leader of The Chaste, an organization that works to combat The Hand. Last but not least, there's Matt's ex Elektra, who in the comics was known as a warrior of the Hand — though on the show, she finds herself aligned with Matt.

No matter how the chips end up landing, we're bound to get even more epic, martial arts-infused fight scenes on Daredevil this season thanks to the addition of the Hand. But with an organization so powerful, in every sense of the word, that just makes me worry about how will Matt fare in those fights.