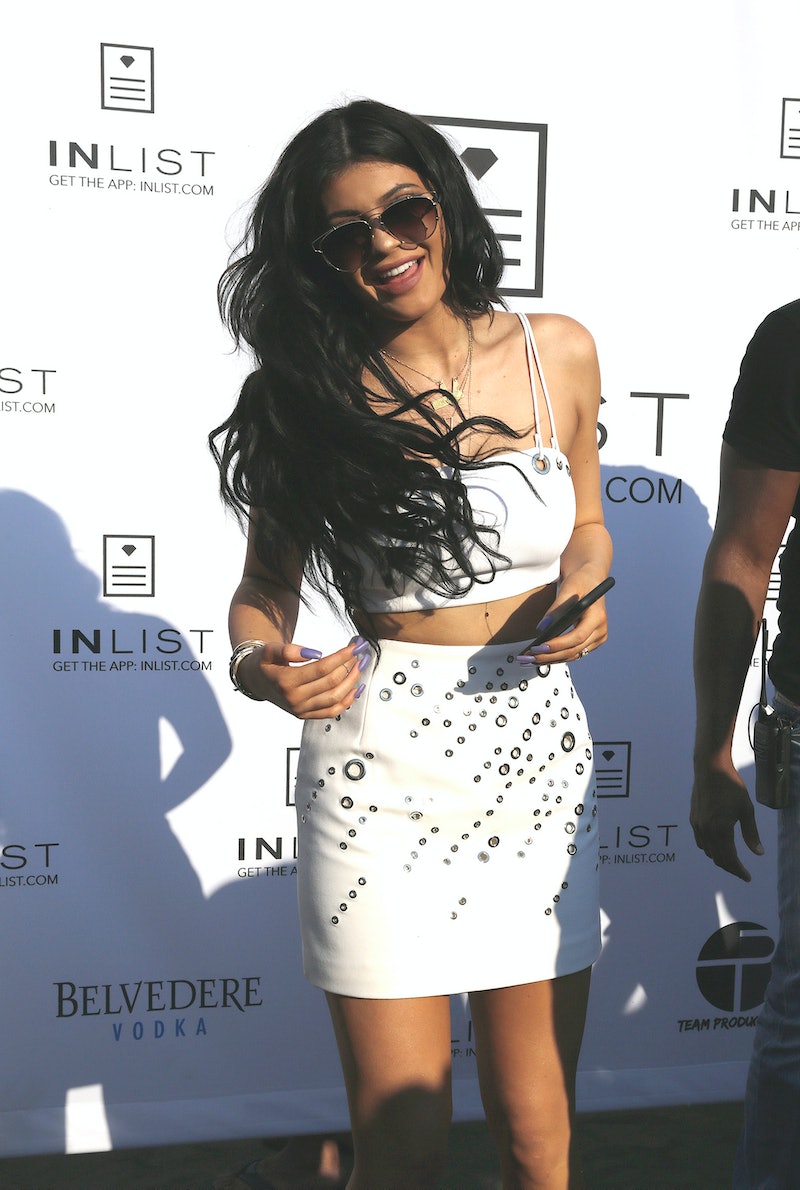 This social media star is constantly changing her appearance, but I promise you've never seen her like this before. Kylie and Kendall Jenner and Khloe Kardashian got major makeovers for a Hollywood Tours trip and you won't believe your eyes when you see them. Although Kardashian's greyish blue hair make her look quite the different, it's the Lip Kit creator who changed the most. After seeing these photos you might wonder, does Kylie Jenner wear glasses in real life? Well, probably not since she's never been seen in them before, and she documents pretty much her entire life on social media. They do make for one heck of a disguise though!

The Kardashian-Jenners are the world's most talked about family, so it only makes sense that they'd want to escape it all for a while and go unnoticed. The sisters got full head-to-toe makeovers for their Hollywood Tours trip, which was well documented on Snapchat, during which they rode around like tourists. The disguises were so good that people didn't even realize it was them. I'm talking wigs, face makeup, and accessories. Kylie even got a fake gauged ear for the day. These sisters really went all out.

The eldest sister turned into Grandma Kardashian for the day with grey hair, while Kendall rocked some red hair. Kylie's disguise went above and beyond with the wire-rimmed glasses, fake tattoos on her forearms and neck, and a wig. Just prepare yourself for what you're about to see, because you won't believe your eyes.

How insane is that? I never thought there would come a day when the sisters didn't look alike, but I guess I was wrong. If you think the group shot is good, just wait until you see them all close up.

If ever there was a fabulous grandma, Kardashian is it. She rode around all day insulting the "Kar-trash-ians" and even got into it with the tour guide when he named the wrong restaurant as Kim's favorite.

To be completely honest, she wouldn't look too bad with grey hair.

If Kylie wouldn't have said that this was Kendall, then I never would've guessed it. She stayed quite on the ride, but her disguise was definitely one of the best of the day.

Just when you thought her real-life transformations were drastic, she does something to switch it up yet again.

Something tells me she won't be opting for this wig on the red carpet anytime soon.

No worries though. Kylie was back to herself in no time.

Let's just hope this is on a Keeping Up With The Kardashians episode sometime soon!