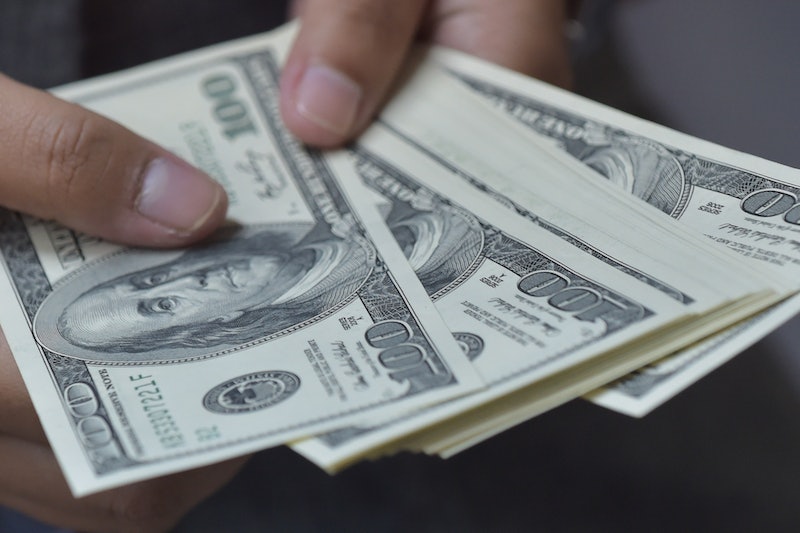 There are a lot of common arguments people make for why the gender pay gap isn't really evidence of sexism — after all, women seem to be attracted to fields that happen to pay less, the reasoning goes, and also women often interrupt their careers to raise children. Throwing the wrench into both of those potential explanations is research showing that when large numbers of women enter a field, average pay declines in that field. In other words, women's choices probably aren't what's driving inequality — unless someone wants to argue women are the ones choosing what employers pay.

In a piece for the New York Times, Claire Cain Miller breaks down the data. As she points out, nowadays women are more likely to earn post-secondary degrees and in many fields are just as likely to pursue high-paying jobs as their male co-workers. And yet the gender gap in pay persists, not because women are less qualified or less ambitious, but because work done by women is valued less. Sometimes, that manifests itself in individual women being paid less than their male counterparts, and sometimes it looks like whole fields becoming less lucrative once women start entering en masse.

Backing this up is research done by sociologist Paula England from New York University, Asaf Levanon from the University of Haifa in Israel, and Paul Allison of the University of Pennsylvania, which looks at census data from 1950 to 2000. Even controlling for factors such as skill level, geography, race, and education, the researchers found that once large numbers of women began working in a field, average pay declined.

“It’s not that women are always picking lesser things in terms of skill and importance,” England said. “It’s just that the employers are deciding to pay it less.” As she explained, it seems gender bias has a way of making work seem less valuable if it's done by women.

For men, however, the opposite is true. Fields which went from female- to male-dominated over this same time period saw average wages increase. For instance, back in the early days when people assumed that computer hardware was the more important aspect of computer science, most programmers were women, and it was regarded as menial work — not that this makes in any less impressive that women were the ones who, say, programmed the first digital computer or wrote the software that took us to the moon. But after men started dominating programming, only then did wages rise.

Personally, I have always been skeptical of the idea that the wage gap isn't sexist, and that it really just reflects that women tend to prefer lower-paying professions. For one thing, why are girls being socialized in ways that make these positions more attractive, such as the way society promotes the idea that women should care for children and then pays teachers next to nothing? And for another, there's also the fact that when women try to break into higher-paid, male dominated industries, such as STEM fields, it's not like they're welcomed with open arms. So saying that women are "choosing" lower paid positions is a little disingenuous to begin with. There are numerous institutional factors pushing women into those jobs.

And now to add to all of that, it seems that when women do join a field in large numbers, wages go down. In other words, it's not about women choosing lower-paid jobs; it's about women's work being devalued. Which maybe isn't surprising given how women have been doing the absolutely crucial work of looking after homes and families without any compensation or recognition for generations.

Whatever else we can say about the wage gap, the chicken and the egg question of "Are women low paid because they work low-paying jobs or are jobs low-paying because women work them?" has officially been solved. Women are paid less because our work isn't valued in the same way that men's is. And that is sexist, no matter how you look at it.