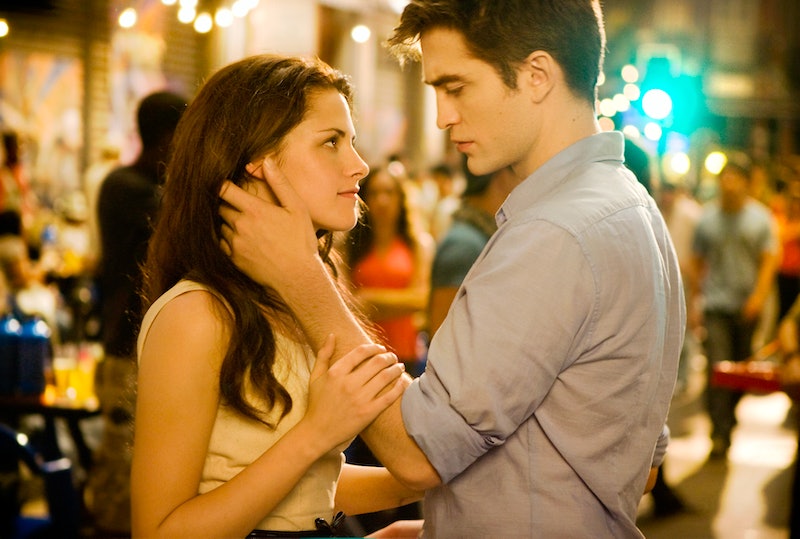 Sometimes the best television and film moments have a way of sneaking into our collective conscience and affecting the ways in which we live our lives. The slang we use, the clothes we wear, and even certain trends can all be transformed by major pop culture phenomenon. One of the most notable ways that our everyday lives are influenced by pop culture may be found in how we choose to name our children after seeing a film or television show character we love. Believe it or not, there are tons of baby names that were inspired by pop culture.

This article may be causing you to lose faith in humanity, but, before you totally freak out about how impressionable mankind is, America still has some dignity. It's not like there are a ton of children named D.J. Tanner running around the world because Fuller House is back on, but you might notice that there are a lot of children around the age of 6-years-old with the names Bella and Edward. Yes, from Twilight. That's a scary thought, but the scariness of it doesn't make it any less true. Want to know a scarier thought? Star Wars is predicted to influence 2016 baby names, so you may one day meet a little Han Solo. Although, I'd like to think people have better taste in names then that.

While some names are better left on the big screen, there are some cute gems that deserved to be stolen from pop culture. Keep reading for the best ones that even you could name your child.

Although we would all like to pretend we didn't enjoy Twilight that much, there was a period of time when this film was a huge phenomenon. We will forever have the Bellas of the world to remind us of this on a regular basis.

Yes, even the last name Cullen from the movie would be an adorable name for a child. Apart from the Twilight series, it is a great standalone. And enough time has passed since the movie to remove any stigma for naming your kid after a vampire family.

Game of Thrones is not only an incredible show, but it has actually inspired a lot of name trends in its run. I'm not mad at this one, because it's actually pretty cute.

Mallory was the eldest child on the show Family Ties, and the most influential part of the show. Yes, this whole baby names trend has been happening since the '80s, but it's a cute name no matter what decade.

OK, so there may be no Han Solos running around that I know about, but Luke Skywalker would be a great person to name your child after.

You guessed it: Superman. It may be from a popular superhero, but Clark actually isn't a bad name. I dare even say naming your child Clark Kent might even be acceptable.

The Little Mermaid inspired tons of '90s moms, and now it's a fairly popular name in its own right. Ariel will always be a classic in my book. Cute, but doesn't try to hard to be hipster, you know?

Friends gave parents a new and unique choice beyond just Mike, John, Tim, etc. The name Chandler spices things up when it comes to naming your son.

Who wouldn't want their child to aspire to be a doctor at Seattle Grace with an insanely awesome best friend and totally hot husband? Yep, Meredith Grey from Grey's Anatomy saves lives and can also be the name of your first born.

I know you're afraid because you know exactly where this name came from, but I'm going to write it anyways: Teen Mom. But, come on. Maci spelled with an "I" is a great name choice.

Maci Bookout's son from Teen Mom is named Bentley, which is also a pretty adorable name as well. She definitely knows how to pick a great name.

If you found your name on this list, chances are you were raised by obsessive fans. Or they could have possibly just heard a cute name on the right day at the right time. Either way, just be thankful they stayed within the bounds of normality, and you're not running around with a name like Zenon. Not that that would be such a bad thing...