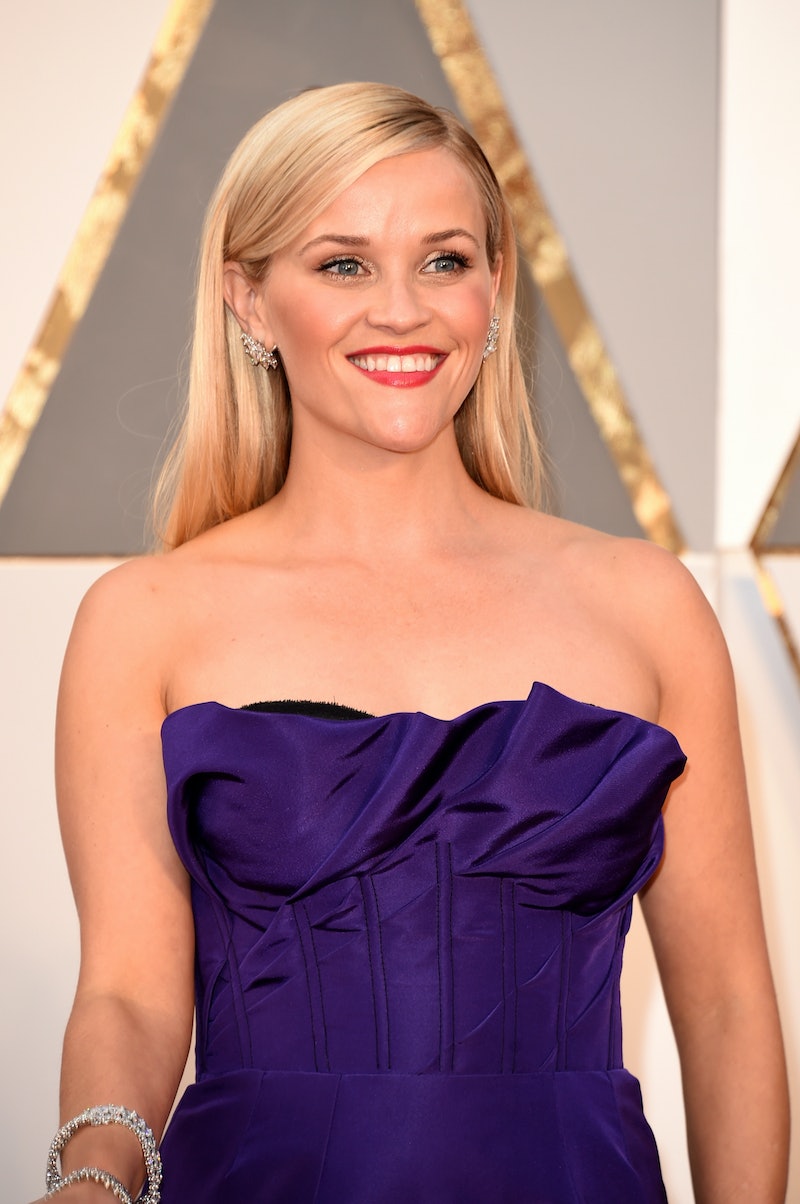 If you thought turning 40 means being "over the hill" and that everything gets worse afterwards, Reese Witherspoon totally shut down that misconception. She proved a 40th b-day can easily top anyone's 21st or sweet 16. On Saturday night, Witherspoon had an epic birthday party, which included a surprise Taylor Swift concert. In case that wasn't cool enough, the guest list was absolutely incredible. According to People, Kate Hudson, Matthew McConaughey, Camila Alves, Jennifer Aniston, Justin Theroux, Robert Downey Jr., Courteney Cox, Nicole Kidman, and Keith Urban all attended. Plus, even Witherspoon's mom was there and appeared in a pre-party Snapchat video.

Honestly, I'm unsure if I've ever had more FOMO in my life. Witherspoon's celebration sounds more like some exclusive award show afterparty than just a birthday, because that's how many celebrities were there. Between the Legally Blonde star's bash and Rob Kardashian's family-filled party, apparently Saturday was the perfect night for envy-inducing celebrations. I would have given anything to attend those festivities.

Instead of recapping Witherspoon's entire party for you, the photos speak for themselves. So here's a round-up of highlights from her birthday bash. It's also definitive proof that she's truly a Hollywood queen, who's friends with everyone.

Swift performed "Shake It Off." I wonder if she also did a rendition of "Happy Birthday."

It looks like before the actual festivities began, the real party was in the limo on the way there. Witherspoon and her mom totally look ready to party.

You know it's a good party when there's too many photos to pick from, so you just make a collage instead. Also, Hudson's hashtags are hilarious.

The birthday girl took the stage and sang "Sweet Home Alabama" with her pal Keith Urban. It's like she returned to her movie roots.

Cheryl Strayed, author of Wild, attended the party. Witherspoon was nominated for an Oscar for her role in the movie adaption, which also starred Laura Dern, who's in this Swift selfie.

Here's a collection of Hudson's Snaps from Tay's performance. Celebrities are just like everybody else and can't help but fangirl over the "22" singer.

Of course, the b-day girl chose a super sparkly dress. What better way to stand out on your big day?

I can only hope that when I turn 40, I celebrate in as much style as Witherspoon. Happy birthday!