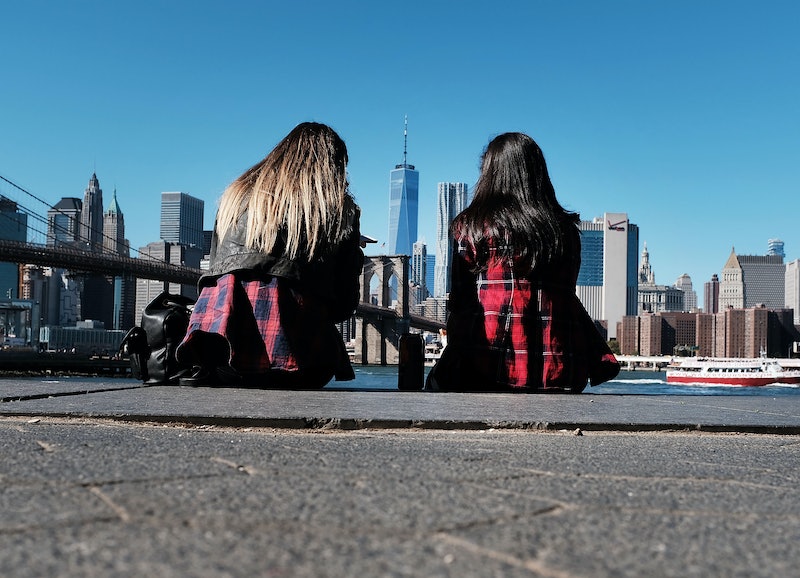 The first day of spring is always a bit confusing. Yes, you know that warm weather, sunshine, and sandal season are right around the corner, but you're not quite there just yet — March is a month that is notoriously chilly and gray. When do the days start getting longer in 2016? Winter is officially over, but when will the outside world finally start to reflect that?

Of course, you've already experienced the drama of Daylight Saving Time, and might still be recovering from the hour of sleep you lost earlier this month for the sake of "springing forward." It's not for nothing, though — by moving the clocks an hour ahead, we get an extra hour of daylight in the evening, instead of early in the morning when fewer of us are awake. Daylight Saving Time was officially implemented in the United States in 1966 when Lyndon B. Johnson signed the Uniform Time Act. But, there's a bigger force at play that actually determines when the days get longer: the spring equinox.

Ah yes, the spring equinox. For those people nursing only vague memories of high school earth science class (me), a quick debriefing might be in order. We experience an equinox two times a year, when the sun is positioned directly over the Earth's equator. This happens once in September, marking the start of fall, and once in March, which is the first day of spring. Why is this all significant, you may be asking? Because after the first day of spring (March 20 this year, ICYMI), days slowly but surely start to get a little longer.

The science behind it is pretty simple. In the days following the spring equinox, the Earth's Northern Hemisphere tilts closer to the sun, meaning more sunlight. This is also when the Southern Hemisphere enters its fall season — because it's tilting farther away from the sun. The longest day of the year is June's summer solstice, when the sun is at its northernmost point above the equator. After that, our days start to get "shorter" as there's less and less sunlight.

So, after a long, dark winter, take heart knowing that warmer, sunnier days really are on the way. It may still feel a little cold outside now, but that chill can't last forever. Trust me — the sun has your back on this one.