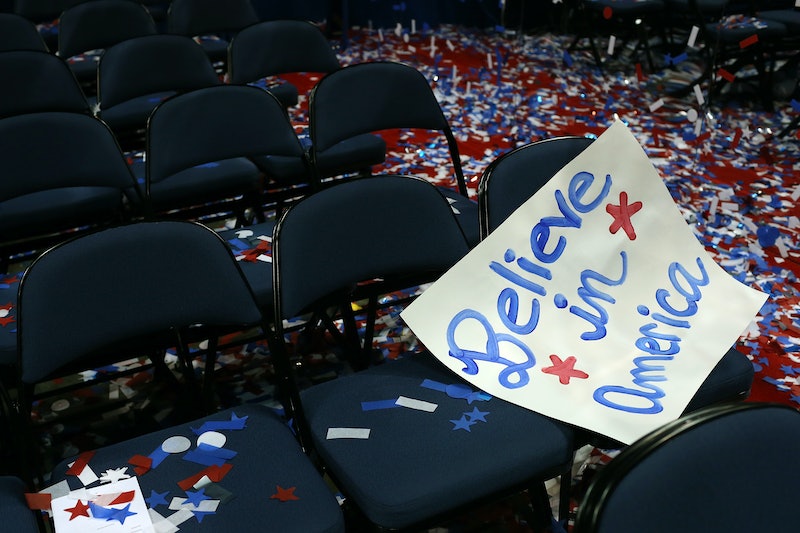 The Republican Party's lengthy list of presidential candidates was spurring talk of a contested GOP convention long before primary voting even began. Party leaders say they fully expect a definitive nominee to emerge prior to the July 18-21 convention, but a crowded ballot early on and current frontrunner Donald Trump's inability to avoid controversy have some wondering what would happen if no candidate earns the delegate majority needed? Once thought a highly unlikely scenario, the continued split of delegates amongst the remaining three candidates is upping the odds the Republican party will find itself without a presumptive nominee. But how would a contested convention unfold? In reality, there are a loose set of rules that govern how contested conventions work.

Before diving into the contested convention rulebook, it's important to note the rules are in no way set in stone. In fact, they can be created, dropped, or modified by a panel of 112 party officials up to two days before the convention. Which means that the two party officials selected from every state to sit on the rules panel could give their preferred presidential candidate a distinct advantage by driving eligibility requirements behind the scenes.

In a contested convention delegates vote on the convention floor as many times as is needed until one candidate eventually has the delegates needed to secure the nomination. Rules differ from state to state regarding how many times a pledged delegate is required to vote for the candidate voters in their state bound them to during primary voting, but it's safe to say that by the third round of voting nearly all delegates will be free agents so to speak, and able to vote for the candidate of their own choosing.

Currently, the Republican nomination process is also subjected to the eight-state rule, which says a candidate must win a majority of votes and delegates in at least eight states in order to be eligible to acquire the party's nomination. The eight-state threshold, which was enacted in 2012 to block Ron Paul supporters, however, could be lowered (or raised or completely thrown out!) by the rules panel prior to the 2016 convention.

A contested convention isn't impossible — Sen. Ted Cruz and Gov. John Kasich could still manage to remain competitive enough throughout the second half of the primary season that they keep Trump from hitting that 1,237-delegate mark. Until then, however, it's still a race for delegates.