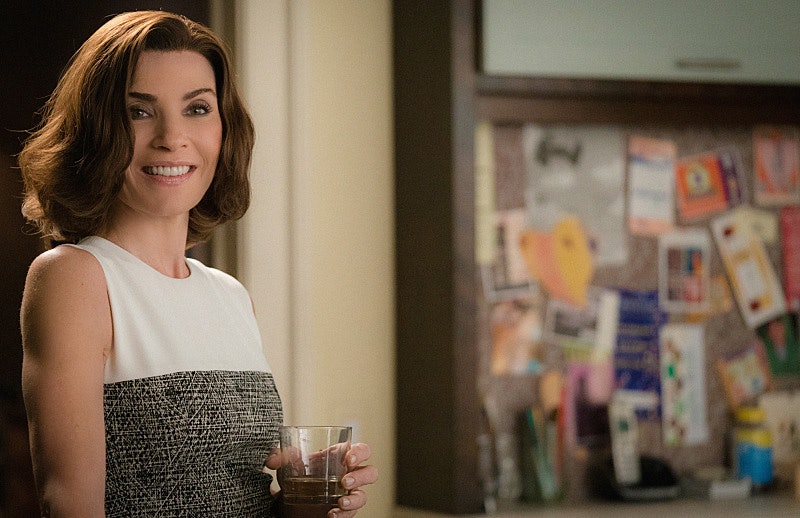 Cary's job could be in jeopardy on The Good Wife , and his former partner, Alicia, is not on his side. In "Shoot," Alicia decided to go with #TeamDiane over #TeamCary and lie to Cary about Diane approaching her for an all-female firm. The decision came at the end of a long episode in which Alicia tried to ensure Lucca got more real work at Lockhart, Agos & Lee. Even though Cary brought both Alicia and Lucca to the firm, Alicia got an office and Lucca was stuck in a cubicle doing grunt work. Seeing Diane's female-firm proposition as a chance to help Lucca advance her career, Alicia lied to Cary on The Good Wife , and she may have just set the end of Lockhart, Agos & Lee in motion.

When Diane first floated the idea of a female-led firm to Alicia, she was skeptical of turning against Cary. This week, however, when Diane brought up the subject of an all-female name partner firm over drinks, Alicia decided to ask for something herself: that Diane give Lucca more responsibility. If Diane really wants to create a female-led firm, then she should be willing to promote the career of a young, female attorney, right? At Alicia's suggestion, Diane put her money where her mouth is, moving Lucca to her own office and inviting her to help in the case of the week.

To be fair, Alicia didn't completely abandon Cary. She asked Diane what she would do if Cary refused to be bought out, but Diane's vague, non-answer didn't really leave much hope for Cary. Something tells me Diane isn't interested in making a firm with all female partners and Cary. And, Alicia knows that. When Cary confronted her about how Lucca got her office, Alicia lied and told him that Diane hadn't approached her about an all-female firm.

It's tough to say whether or not Cary believed Alicia, but, either way, something tells me he's not going to go without a fight.