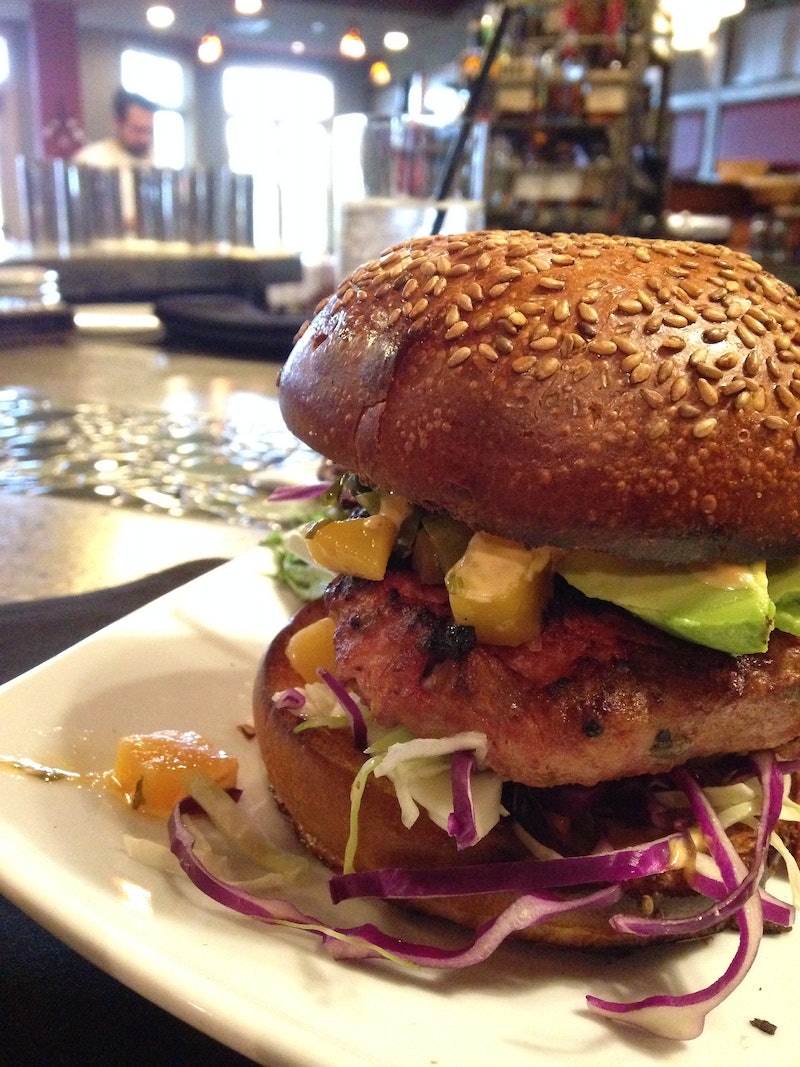 Just when you think we've all learned our lesson on the sociological and psychological impacts of bullying, a jerk at a restaurant reminds us that we still have a ways to go. When a pink-hared server was stiffed for not being "normal looking", the Internet thankfully got her back. Taelor Beeck, a waitress at Zombie Burger in Des Moines, Iowa, has a full head of pretty pink hair. Because, as per the encouragement of the burger joint's management, employees are to come as they are — unique style is celebrated.

As you might guess from the name, Zombie Burger is far from the type of restaurant that requires a strict dress code. It's exactly the laid-back, funky kind of restaurant that one would expect to see the waitstaff show off their individualism. So when a customer took issue with Beeck's appearance and left her without a tip, Beeck was not only confused, but hurt. On the line of the bill where a "normal acting" customer would add the tip, this customer wrote:

"Tips are only for normal-looking people."

Ever since Beeck posted a picture of the bill on her Facebook, the Internet has been sounding off in her defense. The only thing abnormal about the exchange is the way the customer behaved — making Beeck feel like she's right back in middle school, dealing with bullies all over again.

She chose not to confront the customer, she wanted to take the high road and avoid getting into an argument that might exacerbate the situation. And considering the lack of awareness of the customer, it was probaby for the best that she didn't engage.

According to Beeck's boss, she's a favorite among Zombie Burger regulars. Her pink hair is her signature look and not a deterrence or distraction from anyone's dining experience. The restaurant will continue to stand by her — they're proud to be represented by her. And in the mean time, the people who haven't learned their lesson on the dangers of bullying will continue to be judged by the good people of the Internet, who not only want them to understand how wrong it is to attack someone based on their appearance, but that waitstaff rely on tips to get by. When you fail to leave your server a tip, you set them back financially. A 20 percent tip is standard practice in the US — everyone knows that waiters get paid below minimum wage and rely on tips to make a living.

Also, one might point out to the infamous shameful diner, if you're looking for straight laces and nothing out of the ordinary, maybe don't go to a place called Zombie Burger — just a thought. And while the name of the customer has been blurred out for the sake of privacy, I'm sure whoever it was, has learned their lesson.