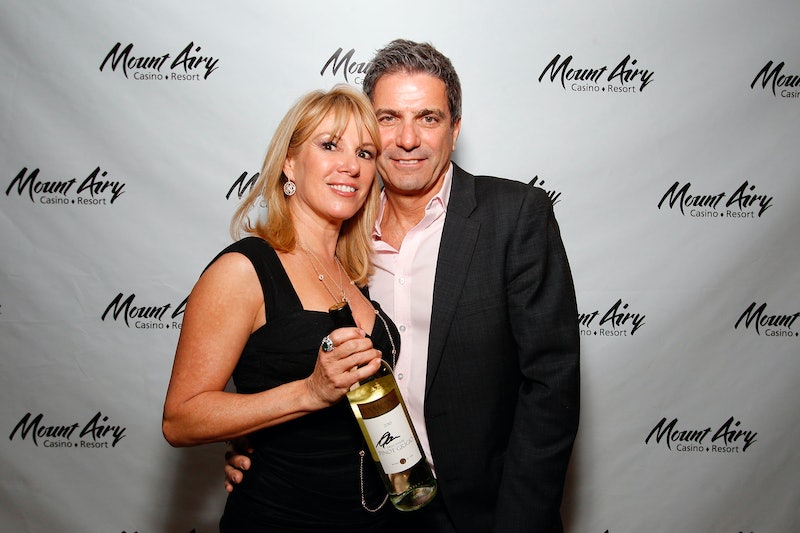 I'm that person who's really nosy about everyone's business, and so I'm wondering how much money Ramona Singer got in her divorce. I only ask because the Real Housewives of New York City star is right in that sweet spot between normals with whom it's super impolite to ask them about their personal lives and top-shelf celebrities who keep everything hush-hush and behind closed doors. Like, she's right in the middle — a reality star — which means she's opened up her entire life to our prying eyes, and I don't feel as uncomfortable looking in. Especially with a divorce as public as Ramona Singer's was from her now-ex-husband, Mario Singer. So let's take our first peek, shall we?

Ramona and Mario Singer had been married for over two decades when rumors started swirling about his infidelity in 2013, and early 2014, Ramona got the proof herself, allegedly discovering Mario and his mistress, Kasey Dexter together at the Singers' Hamptons home. Later that same year is when she initiated the divorce, and the proceedings were finalized on Nov. 24, 2015. So how did things shake out from there? My first assumption was that Ramona would wind up with a windfall, since infidelity was on the table. But, from what I'm seeing, the two didn't have a prenuptial agreement, so there was nothing set up for this kind of situation. Instead, it appears that the two have split their assets right down the middle, at least according to Mario, who told OK! :

The fact is that I signed over the condominium to Ramona in exchange for a financial settlement on both our Southampton house and our New York City apartment. I received half of the value of our two homes as the divorce laws of New York clearly state that there is to be equitable distribution in a divorce.

It originally looked like Ramona was going to need to sell the mansion in order to be able to pay that settlement, but instead has been leasing it for $55,000 a week or $320,000 for the whole 2015 summer season. There's no word yet on whether she'll continue leasing it out for the 2016 season, or what the cost will be, but, considering she purchased the property for $875,000 in 1995, she's getting quite the return, and it looks likely she'll be able to keep it. The couple's New York City condo, on the other hand, is expected to go on the market for $4.95 million, which it sounds like Mario and Ramona will also split.

So, at the end of the day, while Ramona isn't walking away with one of those enormous settlements like you hear about, she did have a 22-year marriage and was (and is!) a high-earner in her own right. She will undoubtedly be able to support herself going forward, which is all you can really ask for in a situation like this one.