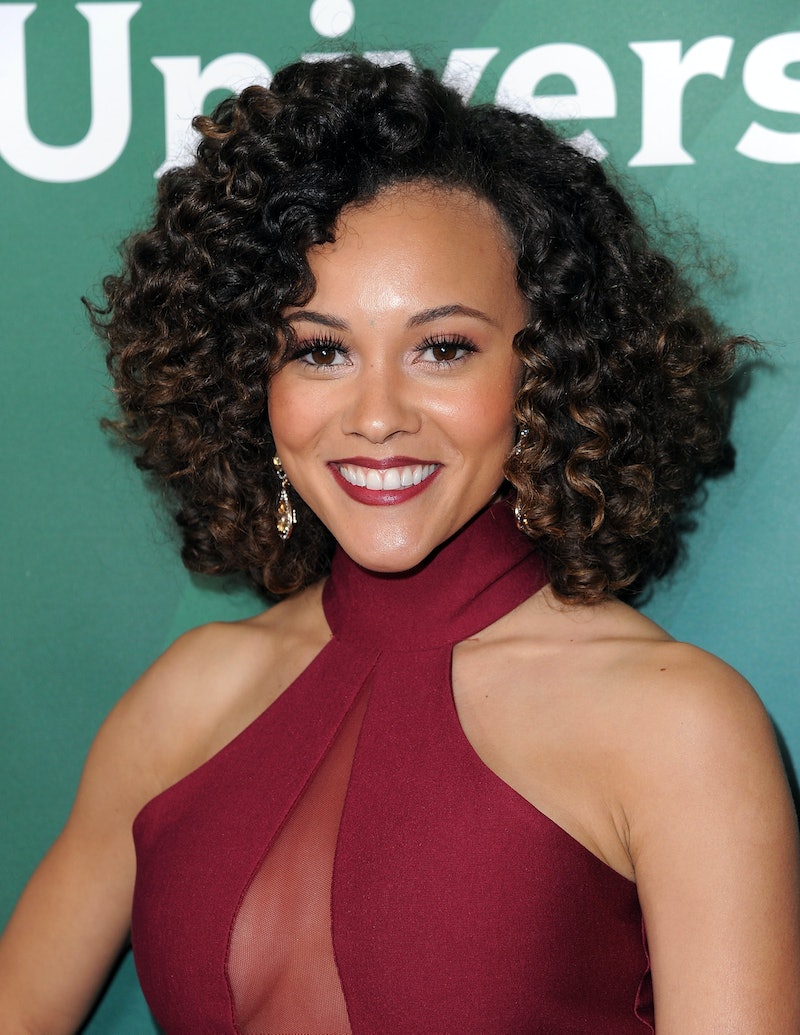 If you've tuned into Bravo's latest Housewives series, the Real Housewives of Potomac, then you know there is a clear hierarchy between the ladies. Age is a huge factor among their group, and if you're older, are more experienced, have lived a more fulfilling life, and have been part of Potomac's rich, exclusive social scene for quite awhile, then you are much wiser than all the rest. Well, at least that's what most of the ladies express during each episode, especially Karen Huger when it comes to Ashley Darby. On more than one occasion, Ashley's been treated like a child, who is immature and needs guidance. It is beyond frustrating, especially since she is 26, aka an adult. Actually, at times, Ashley Darby is more of an adult than her RHOP co-stars.

Since the beginning Ashley has sought out Karen and the other women for advice on how to break through the exclusivity in Potomac. She is looking to make an even bigger name for herself in the area, so who better to go to than Karen, Gizelle Bryant, Robyn Dixon, Charrisse Jackson Jordan, and Katie Rost? They have all been more than willing to extend a helping hand to her, you know, when they aren't finding fault with the youngest member of their group.

Let me also add that Karen and the other women certainly have led a more experienced life than Ashley, because, well, they are older and have accomplished a lot more. That said, just because they are older and hold themselves above Ashley doesn't mean they should talk to her like she's a child. I mean, she is four years from 30. As a 29-year-old woman, I can't imagine being spoken to like how some of the RHOP ladies speak to Ashley. I give her props for ignoring some of their comments and handling them like the young queen bee she is.

It is possible to give guidance without being condescending or treating an almost 30-year-old woman like an immature child. Obviously, because there is such a big age gap between Ashley and some of the woman, like Karen, they may see her as a child, but that doesn't make their treatment of her right.

With that, let's discuss some of the times Ashley's acted like more of an adult than her fellow RHOP cast members.

When She Overlooked Gizelle's Comments

If you haven't noticed, Gizelle isn't afraid to throw judgment Ashley's way. From calling her a "THOT" to throwing a tantrum because she had to sleep in a twin bed at Ashley's beach house and threatening to book reservations at a hotel, Gizelle sometimes hasn't acted her age. Even though Ashley did call out Gizelle for referring to her as a "THOT," Ashley has overlooked some of of Gizelle's other nasty remarks, because that's just who she is.

When She Didn't Give Someone Framed Etiquette Rules

Before Karen was finding fault with Ashley, she had major issues with Gizelle for not having proper etiquette during Karen's birthday dinner. Well, that all resulted in Karen framing etiquette rules for Gizelle. Yes, that really happened. I'm surprised Karen hasn't done this for Ashley yet.

When She Didn't Get Mad At Seating Arrangements

This goes along with Karen's previously mentioned etiquette rules. During her birthday dinner, Gizelle made a major faux pas by sitting in Karen's seat. This turned into a huge argument, which was beyond ridiculous. I only wish Ashley could've been there so I could see her reaction.

While appearing on Watch What Happens Live, host Andy Cohen showed Ashley clips of her co-stars throwing major shade her way. Her response? She expected it and could really care less. See? She can take the high road like the adult she is.

During Ashley's birthday party, Katie's behavior was noticed by everyone, especially when Ashley's husband, Michael Darby, surprised her with a brand new car and Katie proceeded to act like the gift was for her. Oh, and also when Katie and Andrew were making out hardcore in front of everyone. However, unlike everyone else, Ashley could've cared less about it all.

When She Pushed Past Karen's Criticism

Is anyone keeping track of how many times Karen finds fault with Ashley, criticizes her, and waits for an apology? Whatever the case, somehow Ashley manages to push past all of that and continue to be a civil adult around Karen. For example, when Karen was not happy with Ashley's husband for showing up during girls' weekend, Ashley still found a way to look past Karen's disappointment. Major props to her.

Is Ashley perfect? No. Has she ever thrown shade at her co-stars? Absolutely. Have some of Ashley's actions and words been immature? Yes, but so have the other ladies'. Still, it's time for the women to start seeing and treating Ashley like the adult that she is.