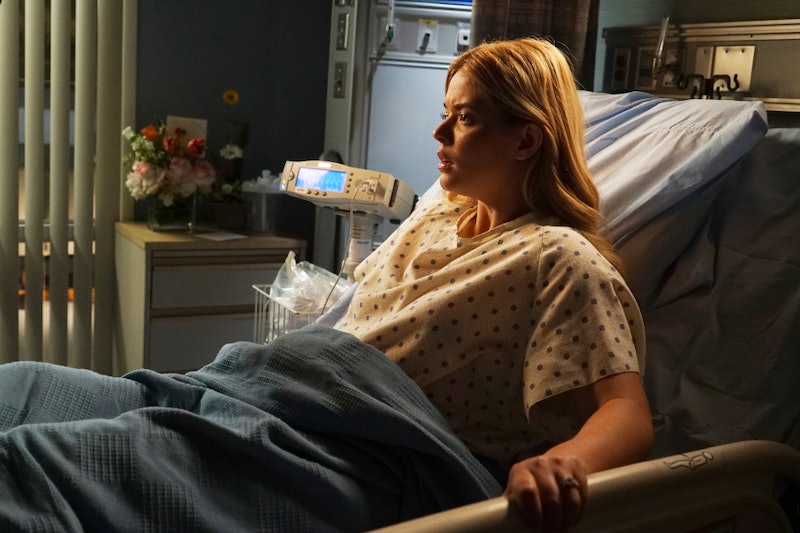 There are so many ways to describe the Pretty Little Liars Season 6 finale, but the phrase that most comes to mind is a total game changer. After all, it's not everyday on this show that it's revealed that someone has an evil twin, let alone that the twin is Mary Drake, Jessica DiLaurentis' sister and Charlotte's biological mother who has teamed up with Ali's husband to steal the Carissimi Group's fortune. Right now it seems that Mary is a seriously nefarious foe, but she might not be our Uber A. Pretty Little Liars showrunner I. Marlene King released a spoiler video that included four major hints about Season 7, one of which being that the mysterious A.D. is our new Uber A. But the biggest spoiler might have to do with the Liars themselves: according to King's video, the Liars will make the biggest mistake of their lives and Uber A will hold that mistake over their heads. That makes me wonder: could the Liars kill someone in Season 7?

The theory may seem totally bonkers, but fans of Sara Shepard's book series might already be expecting this potential twist. (Warning: Spoilers for the book series ahead!) In the original Pretty Little Liars book series, the Liars go on vacation, where they meet a girl who Emily believes to be Ali, who, in this universe, is their version of A. The Liars end up pushing the girl over the edge of a cliff, seemingly to her death. It is later revealed that this girl isn't actually Ali, and the Liars are then threatened to have their murderous secret exposed by the real Ali.

With Uber A's threats getting more and more deadly (poor Hanna!) it would make sense for the Liars to want to take down the person that is torturing them, which might lead to their biggest mistake yet. The identity of A.D. likely won't be revealed until the end of Season 7, which means that the Liars will likely point to the wrong person as their tormenter. The cat and mouse game between A and the Liars has a body count, and it would make sense for the Liars to want to stop Uber A before they can hurt or kill anyone else. Unfortunately, that means that the Liars could meet the same fate as their novel counterparts: accidentally killing an innocent person whom they believe is the Big Bad.

If someone is going to die by the Liars hands — intentionally or not — my money is on Sara Harvey. It's unclear how involved Sara is in Uber A's game, but what matters is that the Liars are convinced she's the Big Bad to be afraid of. Could the Liars set a trap for Sara that ultimately leads to her death? It certainly would be the biggest mistake of their lives — and a huge secret that the elusive A.D. could hold over them forever.