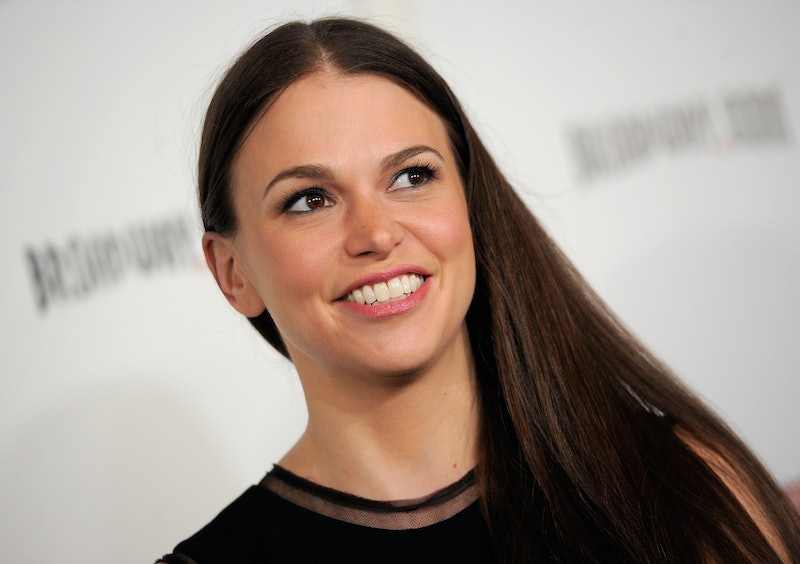 They say that you can't always get what you want, but when it comes to television, sometimes you get exactly what your heart always longed for. What's old is new again in the world of television, with reboots, spinoffs, and sequel series become more commonplace than ever. The Full House spinoff Fuller House is now a Netflix staple, the new season of The X-Files just bowed out on Fox, and a bonus season of the tragically cancelled Twin Peaks is heading to Showtime. With all of these shows getting second life, it makes perfect sense that the much-loved series Gilmore Girls is getting a revival season on Netflix that will hopefully answer all of our burning questions about Rory, Lorelei, and the rest of the Stars Hollow gang. But while we will see familiar faces, it's a brand-new cast member who is super hyped about getting to be a part of the revival. According to Entertainment Weekly, Sutton Foster was a total fan girl on the Gilmore Girls set, proving she's just as excited as we are about the upcoming season.

Foster, who previously starred on Amy Sherman-Palladino series Bunheads, joined the cast of Gilmore Girls for a seemingly mysterious role. (TVLine's Michael Ausiello suggested that perhaps Foster will recur as Michelle, her character from Bunheads , as Sherman-Palladino also created Gilmore Girls.) But whoever Foster plays in the new series, one thing is for sure: she's very, very hyped to be a part of the Gilmore Girls cast. In a video for Entertainment Weekly, Foster shares some of her feelings about being on the set, and as any Gilmore Girls fan would, she has a lot of them:

[Being on the Gilmore Girls set] was just surreal, and I was really nervous. When it was over I just burst into tears... I was totally satisfied with the experience... Amy Sherman-Palladino and Dan Palladino, who I worked with on Bunheads, they wrote a really special part for me. It was awesome. I walked away from the entire experience thinking that I wouldn't change a thing.

Just when fans thought that they had reached the critical max for excitement for the new Gilmore Girls series, Foster's interview has officially cranked our excitement level up another notch.

More like this
Netflix Reveals First Look At Wednesday In The 'Addams Family' Spinoff Series
By Bustle Editors
The Office Lego Set Includes All Your Favourite Dunder Mifflin Characters
By Sam Ramsden
Josh Peck Shows Love To Jennette McCurdy After Her Shocking 'iCarly' Revelations
By Radhika Menon
At 14, D'Arcy Carden Was Sneaking Out To Parties & Crying Over Kurt Cobain
By Ivana Rihter
Get Even More From Bustle — Sign Up For The Newsletter