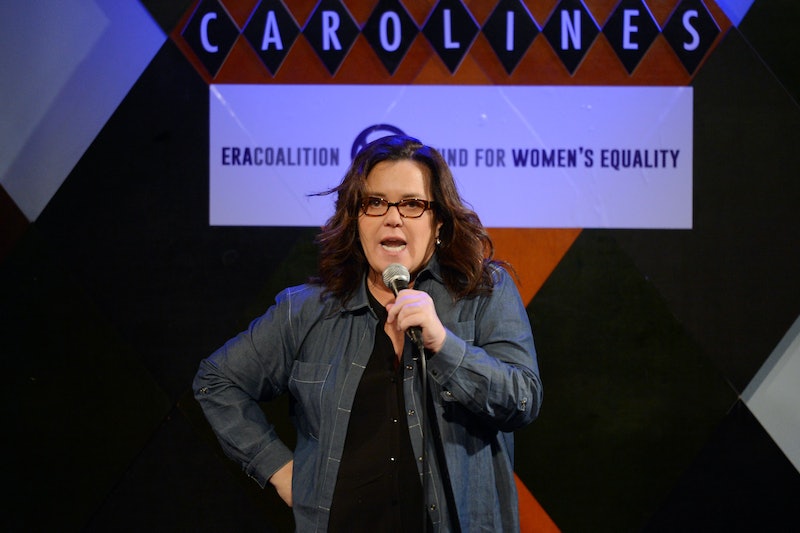 Television personality and longtime Donald Trump rival Rosie O’Donnell is sporting “Make Donald Drumpf Again” hats on her Instagram. This makes her the latest high-profile supporter of John Oliver’s infamous campaign, which is aimed at getting people to derisively call the GOP frontrunner by his family’s original surname, Drumpf.

A few weeks ago, Oliver launched into an extended rant against Trump on HBO’s Last Week Tonight. In addition to comparing Trump to a back mole (“It may have seemed harmless a year ago, but now that it’s become frighteningly bigger, it’s no longer wise to ignore it”), Oliver noted that the Trump family was originally the Drumpf family before changing its name.

“Trump,” of course, is an important-sounding name that suggests authority and respectability. “Drumpf” is not. By popularizing Trump’s original family name, Oliver sought to drive home the point that Trump’s status is largely superficial and meaningless, just like the name “Trump.”

Not long thereafter, HBO started selling “Make Donald Drumpf Again” hats, and now, O’Donnell and her family are showing them off on Instagram. She posted pictures of her and her family wearing the Drumpf hats on Monday, and given her acrimonious history with The Donald, that’s not much of a surprise.

Trump's feud with O'Donnell is well-documented, and stretches back more than a decade. It began when O'Donnell called Trump a "snake oil salesman," which prompted Trump to call her "disgusting, both inside and out," and the rivalry has only escalated from there. It's fair to assume the two won't be making amends any time soon.