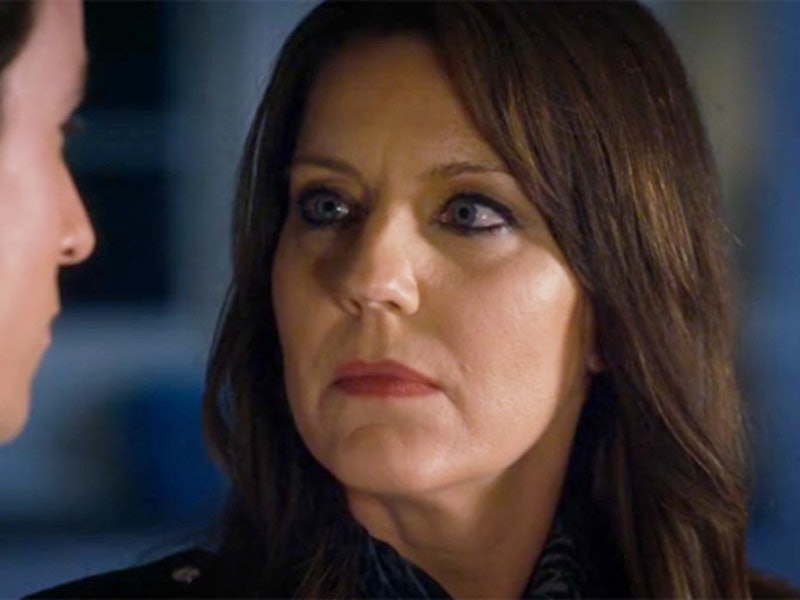 Just when we thought the DiLaurentis family tree couldn't get any more complicated, we were given what may be Pretty Little Liars' creepiest reveal yet — Jessica has an evil twin who is very much alive and has joined forces with Dr. Rollins to exact revenge on her late sister's family. As if that wasn't shocking enough, we also learned that Mary Drake is Charlotte's mother and she's doing all this to take back what's rightfully hers because it's what her daughter would have wanted. (And you thought your family was dysfunctional.) Of course, whenever one question gets answered on this show, about 20 new ones crop up in its place. I don't even know where to begin, but I'm definitely anxious to find out if Charlotte and Mary Drake were working together on Pretty Little Liars.

It seems highly unlikely that Charlotte didn't know the identity of her biological mother. I mean, she was basically all-knowing and she spent years uncovering the secrets of the Liars and Ali. Charlotte was always 10 steps ahead of everyone else and I doubt this bit of information would have gotten past her. At some point, she surely would have stumbled upon the information that Mary Drake had been a patient at the institution where Charlotte was held for years. Exact timelines have not yet been established, but it's also possible that their stays at Radley overlapped. If that's the case, they may have bonded and then formed a revenge strategy while they were still in the hospital.

If Charlotte and Mary were indeed working together, it would make certain aspects of the A game more believable. I mean, Pretty Little Liars isn't the most realistic show in the world — but many fans still thought it was quite a stretch that Charlotte was able to get so much done with only one helper. And, let's talk about that vault in the Dollhouse that lead Mona to state that "A has a soul." Reddit user vixen75 points out that the vault may have been Mary's rather than Charlotte's. Not only did many of the items have a vintage feel, but the crib and the childhood photographs seem like things that would have been kept by a parent who had lost their child.

Furthermore, many of us found it strange that Charlotte appeared to genuinely adore Ali, yet was still willing to put her through hell. It's possible that Charlotte was a willing participant in the A game and her affection for Ali was all an act. But it's equally likely that she was simply following her mother's orders because she was desperate to please her and this alliance felt like her best shot at having a close relationship with a family member. When she told Ali that "Mom was the only person who ever really loved me," we all assumed she was referring to Jessica — but she may have been talking about her biological mother.

The way Mary spoke about Charlotte in the Season 6 finale definitely indicated they had a relationship — and, if that's the case, it's more than likely that they played the A game together. Charlotte's alias, CeCe Drake, may be another clue. In an interview with Entertainment Weekly, I. Marlene King confirmed that Drake was Jessica's maiden name — but it still seems strange that CeCe's last name didn't raise any red flags for Ali and Jason, especially since the cousins bear such a strong resemblance to one another. Jessica was highly concerned with her image, so she may have changed her last name long before her marriage to Kenneth in an effort to distance herself from the Drake family. If so, perhaps Charlotte's alias was meant to be a tribute to her birth mother.

As usual, I'm sure we have a long wait before the exact nature of Charlotte and Mary's relationship is revealed. But, for now, my hunch is that mother and daughter were working together all along.

More like this
What’s New On Netflix: Lana Condor’s Ghostly Comedy & A Sexy Reality Series
By Arya Roshanian
Lizzo Proved She’s Team Jeremiah During Her ‘The Summer I Turned Pretty’ Review
By Grace Wehniainen
Natalia Dyer Discussed Steve & Nancy’s “Lovely” ‘Stranger Things’ 4 Dynamic
By Grace Wehniainen
Jesse Tyler Ferguson Had A Funny Run-In With A Fellow ‘Modern Family’ Alum
By Grace Wehniainen
Get Even More From Bustle — Sign Up For The Newsletter