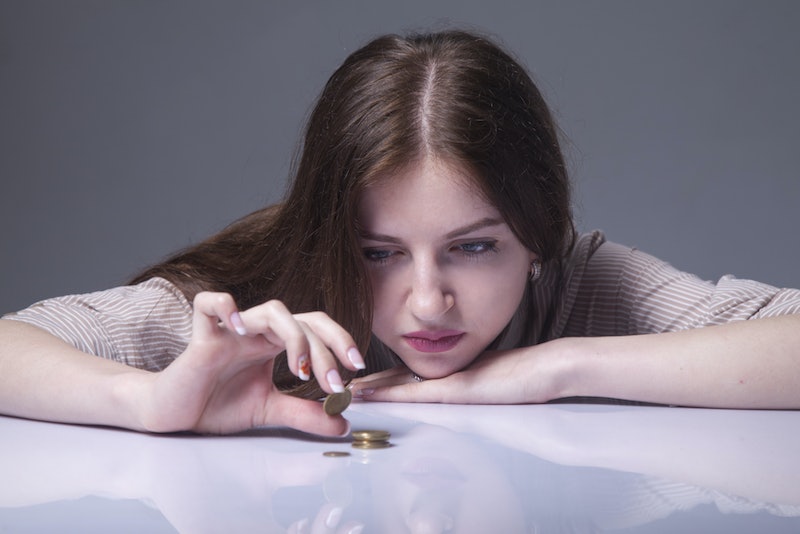 Could women be making less money than men simply because they're entering lower-paying professions? Well, according to several studies presented in a recent New York Times article, women are in lower-paying jobs — but it actually works the other way around. The more women in a field, it turns out, the lower that field pays. Isn't being a woman in the workforce today just wonderful?

A study published Friday by the research firm Third Way found that male-dominated fields pay $962 per week on average, while female-dominated ones pay $798 per week. That means that people in industries consisting of more men than women make 21 percent more than those in industries with a majority of women. But have these lower-paying fields been deemed feminine because they are considered less important, or are they actually less lucrative because of all the women in them?

A different study published in Social Forces in 2009 addressed this chicken-vs.-egg problem by tracking how the compensation in different industries has evolved since women have begun entering them in greater numbers. It found that as more and more women move into a field, that field begins paying less, even when the authors controlled for education, work experience, and other factors that might affect pay.

“It’s not that women are always picking lesser things in terms of skill and importance,” Paula England, one of the study's authors, told The New York Times. “It’s just that the employers are deciding to pay it less."

This pattern is familiar: When a profession or pursuit is considered feminine, it's automatically given less value. You can also see this in Russia, where most doctors are women. There, the profession lacks the prestige it has in the United States and is relatively low-paying. This attitude is also evident in our tendency to consider cooking an everyday activity at home, where it's typically done by women, but a prestigious art when performed by chefs, who are predominantly men. Or perhaps we consider women's place to be the kitchen of her home while men's is in the restaurant kitchen because the latter is more valued — it can work both ways.

Either way, the lower pay and respect associated with female-dominated pursuits has far-reaching consequences. An Institute for the Study of Labor study from January found that the difference in pay between fields with different gender breakdowns accounts for 51 percent of the difference between men's and women's pay nation-wide.

Solving the wage gap isn't just about getting individual companies to release their statistics and pay workers equally. Even if a company pays all its employees the same, that won't mean much if those employees are all women. On a broader scale, we need to reevaluate our cultural views of different professions and the people who perform them and question our assumption that certain types of work are simply worth less.