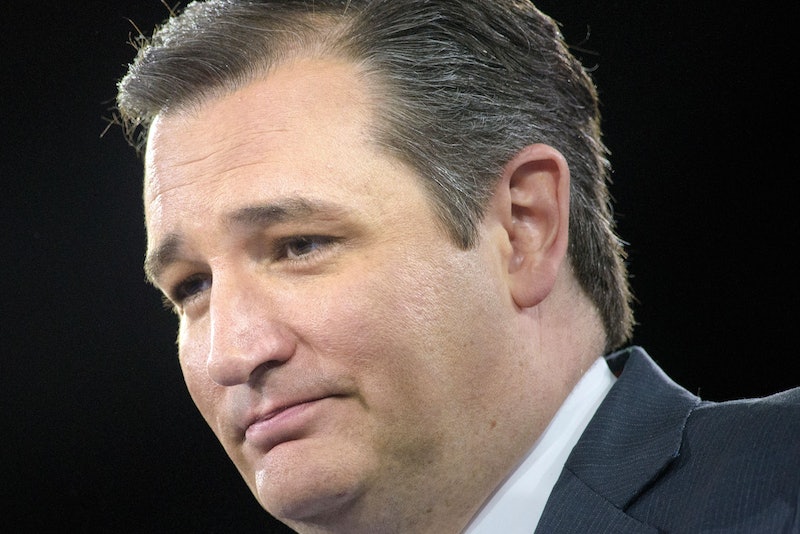 On Tuesday, as the world grieved, Republican presidential Ted Cruz responded to the Brussels attacks with a tacky campaign pitch. The Texas senator released a statement that started with his expressing his sympathy for the people of Brussels. However, the remarks ended in him schilling for a spot in the White House.

"Our hearts break for the men and women of Brussels this morning. Make no mistake — these terror attacks are no isolated incidents," it began. However, it devolved into an attack on President Obama and ended with what was, effectively, a "vote for me!" sticker. "For over seven years we have had a president who refuses to acknowledge this reality. And the truth is, we can never hope to defeat this evil so long as we refuse to even name it," Cruz stated in the press release. "That ends on January 20, 2017, when I am sworn in as president."

Apparently, Cruz wasn't aware that hours after a massive deadly attack that has Europe in a state of fear and mourning is not the most appropriate time to confidently boast about your presidential odds. Don't worry, Ted. There will be plenty of time for politicizing this attack or, dare I hope, using the tragedy to help develop thoughtful and intelligent policies to respond to global terrorism. But cool your jets and maybe wait a day before you use the Brussels attack as another way to stump for the presidency.