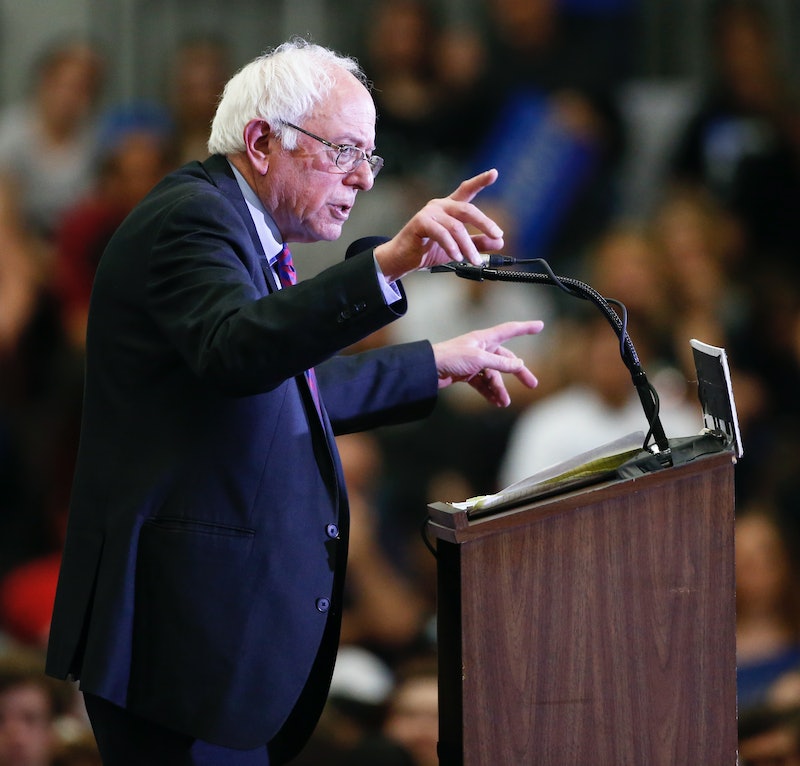 On Tuesday morning, hours after the other remaining presidential candidates had released statements, Bernie Sanders responded to the Brussels attacks. The Vermont senator released a statement via Twitter expressing grief towards the loss of life. Unlike his fellow candidates, who released page-length statements, Sanders kept his message short and sweet, stressing "We offer our deepest condolences to the families who lost loved ones in this barbaric attack and to the people of Brussels."

Sanders is the last presidential candidate to release a statement regarding the attacks. His message primarily focused on the tragedy of the attacks and the people of Brussels, offering condolences and solidarity with European allies. Unlike his fellow candidates, Sanders didn't offer many specific details on how to respond to the attacks.

In contrast, Republican frontrunner Donald Trump appeared on Fox News' Fox and Friends and touted his anti-immigration views, saying, "I would close up our borders to people until we figure out what's going on." Ted Cruz condemned "radical Islamic terrorism" in his statement and said he would "defeat this evil" as president. John Kasich expressed solidarity with Brussels and mourned the "carnage." Finally, Sanders' Democratic rival, Hillary Clinton, urged American authorities to tighten homeland security on NBC's TODAY show, but said that closing the borders was "unrealistic."