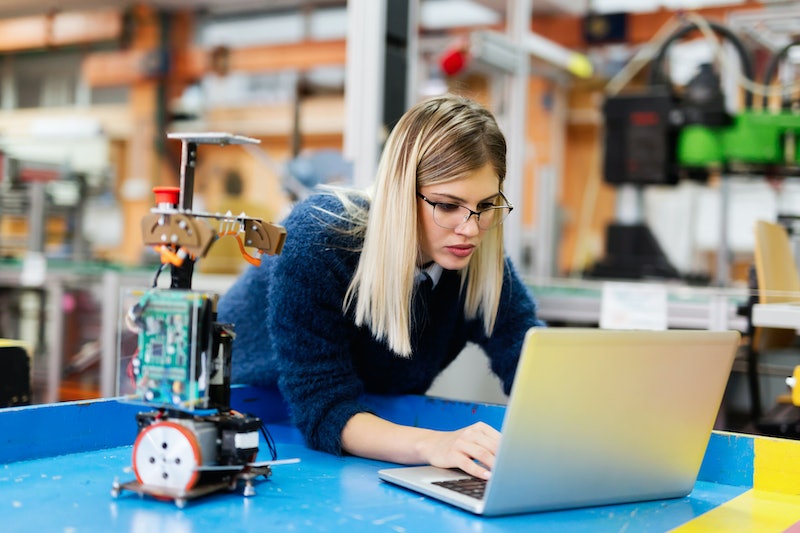 Sayings such as “like mother like daughter” and “the apple doesn’t fall far from the tree” may very well have a seed of truth to them. In order to examine the reality behind how your parents' career choices affect your future vocation, researchers Ismail Onur Filiz and Lada Adamic analyzed Facebook data to find the actual statistical likelihood. We share so much with our folks, from their genes, to their values and beliefs, and experiences — so is it any wonder that we tend to follow in their footsteps? While we see example after example of nepotistic tendencies in politics and hollywood, the results of the study were a tad more complicated than one might assume.

Filiz and Adamic used a sample of 5.6 million English-speaking pairings of parents and children. They calculated the probability that the child would choose the same profession as the mother or father and represented the data and findings with an interactive visualization that you can check out on the Facebook blog. New York Magazine points out that the results of the study were gender-driven: "Men in a family would follow their fathers into the military, construction, architecture, and science; women might follow their mothers into hospitality, education, and clerical work." Key results also showed that fathers who were lawyers were 4.6 times as likely to have a son in the medical field than sons in general were to practice medicine. For mothers and daughters, 8.5 percent of daughters of nurses also chose a career in nursing, which means they are 3.75 times more likely to go into nursing than women in general.

One clear consistency in the data was a continuation of similar socioeconomic status through the generations, mentions New York Magazine. While parents and children didn't always have the same profession, they tended to choose vocations with similar pay.

The study also examined whether siblings had any influence on each other's career choice. It seems being raised in the same household and being related does make one more likely to choose the same profession. Out of the 2.37 million same-gender siblings examined, they found that 15 percent went into the same field. And when looking at same-gender twins, the likelihood jumped to 24.7 percent— almost a quarter of twins overall. Comparatively, two same-gendered people of the same age in this country would have only an 8.6 percent probability of sharing an occupation.

In order to be part of the dataset, the pairs of siblings and parent-child had to both list an occupation on social media. Since the data excludes those who don’t report a career, the researchers warn their data may not be representative of the general population.

Filiz and Adamic believe their results are still important, "we see that people within a family are proportionally more likely to eventually also choose the same occupation, and this is especially true of twins." But if you fear inevitably turning into our parents, there may still be hope. The researchers add "in absolute terms the vast majority of kids strike their own path and choose a profession different than that of their parents or their siblings."