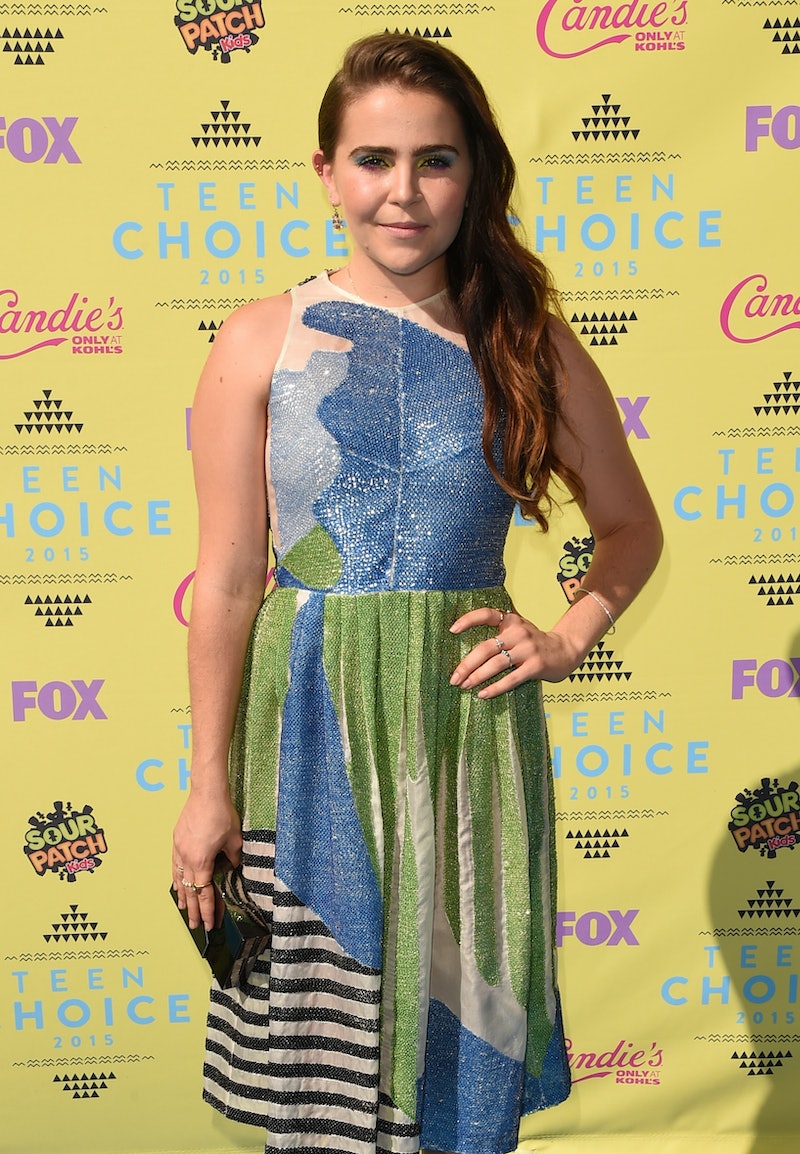 In amazing news on Tuesday, it's been announced that Mae Whitman will cameo in the Gilmore Girls revival. This is super exciting for so many reasons, not least because Whitman played Lauren Graham's daughter on Parenthood. Whitman has made no secret of the fact that she is a huge fan of all things Stars Hollow, which makes news that she will appear on Gilmore Girls all the cuter. The actress is always so fun to watch, and TVLine reports that, "She shares a really fun (albeit small) moment with Graham that will delight Parenthood fans." Knowing that the mother-daughter duo will appear onscreen again together, in another famous show about a mother-daughter duo, is an early Christmas present as far as I'm concerned.

I'm incredibly envious of TVLine's Michael Ausiello who wrote that The Duff actor, "is set to make a cameo in Netflix’s four-part revival, I have learned exclusively. I’ve been sworn to secrecy about the specifics of Whitman’s role." How anyone is capable of keeping a secret like that, I'll never know. While we'll all have to wait a little longer to find out exactly who Mae Whitman is in the Gilmore Girls revival, it's another exciting announcement about the show which is shaping up to be star-studded.

In an interview with Fusion, Mae Whitman joked about the fact that Lauren Graham has another TV daughter besides her, in the form of Rory Gilmore. Whitman said, "Me and Lauren’s joke that’s not really a joke is me being like, ‘Oh, I see Alexis called today, how is she?!’ I get really overly mom/child protective of her.” It's so funny that Whitman and Graham have an in-joke regarding Rory, and knowing that the trio will appear in a show together is exciting for fans of both Parenthood and Gilmore Girls. It certainly sounds like there's something healthy competition between Mae Whitman and Alexis Bledel.

With other recent announcements that stars like Sutton Foster will appear in new Gilmore Girls episodes, the revival is sure to be all kinds of amazing. The world of Stars Hollow is expanding to incorporate all of our faves, and the fact that the show is making reference to the other projects its stars have been involved in only makes it better. I can't wait to find out who Mae Whitman will play on Gilmore Girls, and to see the mother-daughter team reunited once more.