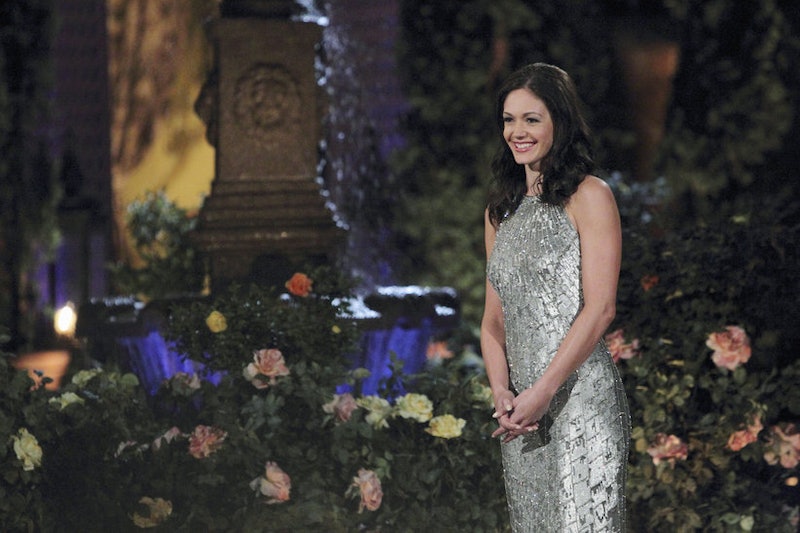 It takes a lot of confidence to laud your poetry and then read it on national television. And then try to write it with someone. And then survive that moment. It's a confidence that is beyond the scope of my understanding, but for Bachelorette contestant Chris, it's just another day in the park. Literally. On his date in a field of flowers with Desiree Hartsock, Chris read aloud a special poem he'd written for his lovely lady. Sound romantic?

Of course it doesn't.

Titled "Individually Defined", Chris' word ballad had about as much personality as chicken salad. You heard me.

Des, however, would beg to differ. Girl ate it up. Not only did she love it, but she basically told host Chris Harrison that contestant Chris is the most amazing Renaissance man to ever walk the earth.

Newsflash to Des and Chris: JUST BECAUSE IT RHYMES DOESN'T MAKE IT RIGHT.

But if you can't beat 'em, join 'em. Des shouldn't be the only one subjected to A-A-B-A poems. What about the other guys? If she loves poetry so much, she should totally bust it out for Brooks, Zak, and Drew. At this point, they're probably feeling really left out of all the literary fun.

That's where we come in. Because Des is probably busy looking in the mirror and wondering what the hell happened to her bangs, we've come up with some poems she can recite to each of her remaining suitors. We're just that nice (ice, rice, lice, mice ... look at us go.)

I mean, obviously, since you were spared and I sent home Mike.

You're probably a mormon, but that's too be determined;

The thing I like most about you is your height.

I never knew that I could dig a spray tan so much,

But that self-confidence shows me you'll never make us go dutch.

Your paintings aren't cute, but I won't give you the boot;

I'm as excited as I am skeeved out by your gentle touch.

Last but not least, Drew:

Dude your hair looks like it's been whittled from wood,

But on your promises you better make good.

I'm weirded out you're from Arizona; it makes me want nine Coronas;

I'm surprised all of my issues you have withstood.

Cheers to Des, Chris, and their forthcoming book of poems. If they need a ghostwriter, they should hopefully know where to turn. (Burn, learn, fern, churn, urn ...)