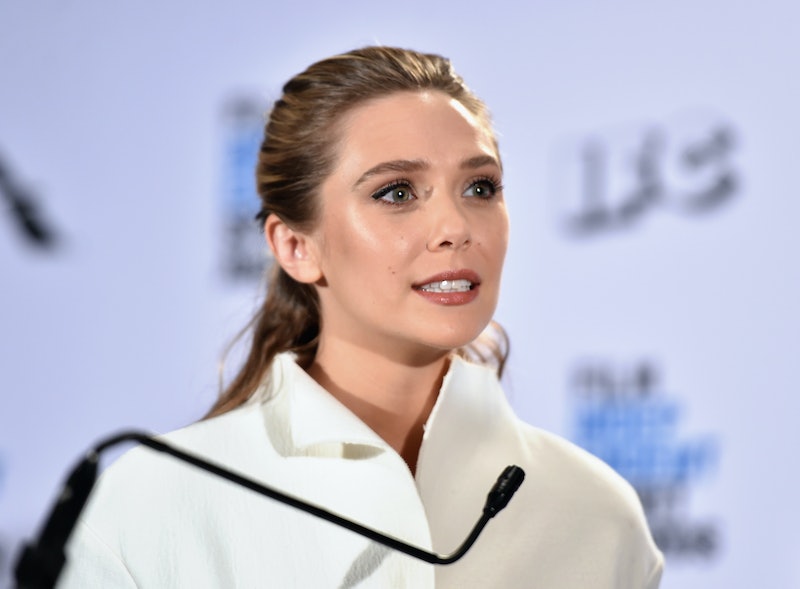 Hey I know we're all really excited about any and all Fuller House news, but we maybe need to slow our roll a little bit, because Elizabeth Olsen says she was never actually offered the role of Michelle in the Full House reboot. Whoopsie daisies. Seems like that was kind of an oversight, especially because we all jumped right onto the gravy train of dissecting what it would be like, and her performance would be different than her sisters, and blah blah blah, without stopping to question if the rumors were actually true. But can you really blame us? As soon as everyone got word that Elizabeth's older sisters Mary Kate and Ashley Olsen wouldn't be reprising their tandem performance as the youngest Tanner sister for the Netflix production, we were immediately at our wits' end. (I sort of still am, imagining that the twins might not even come back for Fuller House Season 2.)

So when the news started swirling that Elizabeth Olsen might be in the running for the role of Michelle, it felt like the Pop Culture gods in the sky had sent down a lifeboat for us. We all hopped in it and didn't bother stopping to question whether we'd alerted Elizabeth herself to the possibility of replacing her sisters. And it turns out we didn't, as she shared during a recent interview with E! News. She denied ever receiving an offer, saying, "If I did, I'm pretty sure no one on my team heard it. I don't know where that [rumor] started."

Well, I do. It started from our hopes and dreams and crossing our fingers so hard they hurt. And, since we didn't do a good job of putting it into action, it looks like sadly, that's where it stayed. Better luck next time, dreamers. I have faith in us for Season 2.