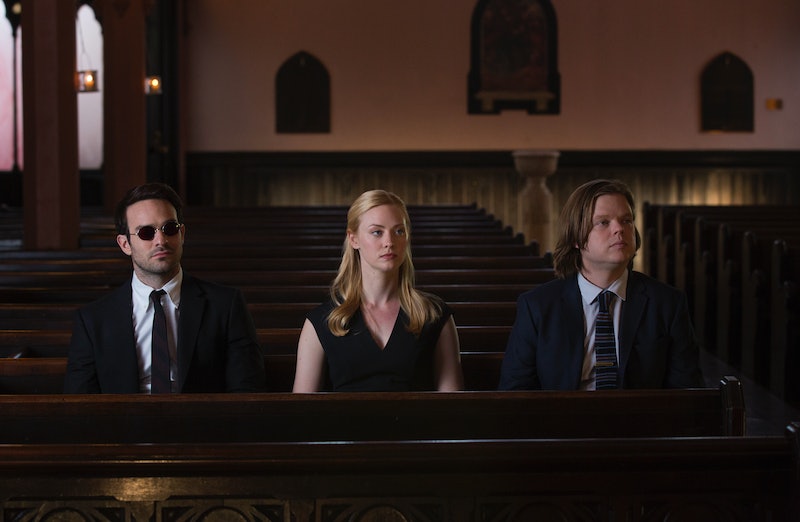 Matt Murdock may spend most of his time donning a mask and bringing a fist to the faces of those who seek to do harm, but he's also one-half of one of the most charitable legal teams you're likely to find in Hell's Kitchen. The law office of Nelson & Murdock on Daredevil dedicates itself to defending those that usually wouldn't be able to defend themselves, even if that means only being paid in the form of bananas (literally) for certain cases. However, over the course of Season 2, partners-in-law and long-time friends Matt Murdock and Foggy Nelson began to discover that they may not be meant to work together. Could Season 2 of Daredevil truly mark the end of Nelson & Murdock? Spoilers ahead.

By the end of the second season, Foggy and Matt's differences had gotten the best of them. The stress of the Castle trial and Matt's inability to fully separate his life as Daredevil from the rest of his life lead to Foggy seeking new opportunities outside of Nelson & Murdock and closing the law office that once proudly bore their names. In the season finale, viewers saw Foggy meeting with Hogarth of Jessica Jones' Hogarth, Chao, and Benowitz law firm to talk about a job there, where he would focus on cases involving vigilantes. Between this meeting and the official trashing of the Nelson & Murdock sign, it seems that the law firm may be done for good.

However, the friendships that helped create Nelson & Murdock are far from done. While it was Matt's double-life as Daredevil that created stress on his relationship with Foggy, that will likely be the thing that keeps Matt coming back to his friend, the strongest connection to his pre-Daredevil past. Although they won't be carrying out the mission that Nelson & Murdock set out to do — helping those who may not be able to afford high-quality legal services otherwise — Foggy's placement with other law firms can help him make changes on a larger scale, and Matt might be able to use his connections to make some changes for the better in Hell's Kitchen.

Matt, Foggy, and Karen may not be in the same office anymore, but that doesn't mean that they won't still be working together in new environments and looking out for each other's safety. As reported by Collider, during a TCA Press Tour, Elden Henson, who plays Foggy, provided some insight to his and Matt's friendship and said, "Matt and Foggy have a brotherly kind of relationship. Ultimately, Foggy just really cares about his well-being, no matter what he’s doing. He just wants him to be safe and he wants to protect this thing that they’ve built together." In this case, protecting their friendship seems to mean putting some space between the two.

As more and more villainous figures arise to terrorize Hell's Kitchen, not the mention the impending return of the terror that is Wilson Fisk, Matt Murdock is going to need some friends on his side. Every if they're not fighting criminals in court together, Matt and Foggy have too much history to let their friendship go simply because their firm couldn't survive on bananas alone.