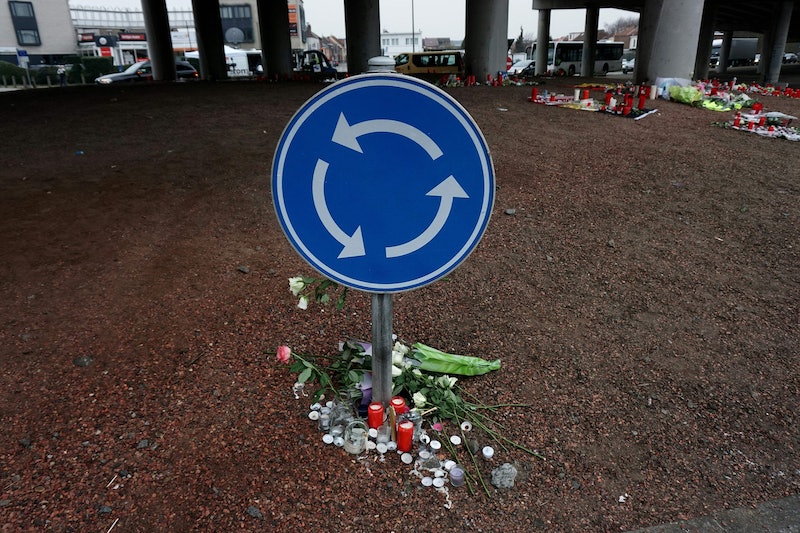 On Tuesday, the city of Brussels and the nation of Belgium suffered the worst terrorist attacks in their respective histories, with more than 30 people killed and hundreds more wounded by bombings at the Zaventem Airport, and inside the city's metro system. ISIS subsequently claimed responsibility for the attacks, and once again, matters of security and violence have dominated international headlines. And as the hours pass, there's starting to be a clearer picture of exactly how it went down ― for example, how the Brussels attackers got bombs into the airport.

There were reportedly two explosions that went off within the airport's main terminal, and they reaped a heavy toll: more than a dozen deaths, and scores of injuries. According to reporting from various outlets, including NBC News, ABC News and CNN, those were suicide bombings, allegedly carried out by 30-year-old Ibrahim El Bakraoui, whose older brother also detonated a suicide bomb in the metro attacks, and an ISIS bombmaker who European authorities suspect of involvement in the Paris, France attacks last November.

The detonations, as Vox's Libby Nelson and Javier Zarracina detail, didn't happen all that deep into the airport's main terminal ― one blew up near the ticketing counters, while the other went off near the terminal's entrance.

Surveillance footage from the moments before the explosions appear to show the suspects pushing luggage carts through the terminal, two of them wearing black shirts with single black gloves on their left hands. A nearby third man pushing a cart is currently being sought by Belgian authorities, who suspect he may have been the source of a third suitcase bomb discovered at the airport, which was deactivated before it exploded. So in that case, the mode of entry was clear ― the bomb was tucked away in some luggage.

The single black gloves part of the story has also gotten particular some attention, because of what it might represent. While it hasn't yet been confirmed, multiple outlets have reported on the possibility that the gloves were worn to conceal detonators, or even a so-called "dead man's switch" that would be triggered if the suspects were killed. Fox News chief intelligence correspondent Catherine Herridge, among others, raised this possibility on Wednesday.

There has also been some criticism directed at the strength of the Brussels airport's security measures, specifically around that one-gloved look ― a conspicuous and rather unusual sight, even if it's the sort of thing that a casual observer might not notice. While it's too early to say for certain that this is exactly what happened ― seismic news events like these are always most obscured right after they happen, while solid reporting helps flesh them out over time ― it's perhaps the clearest assessment of how those bombs got into the airport on offer right now.