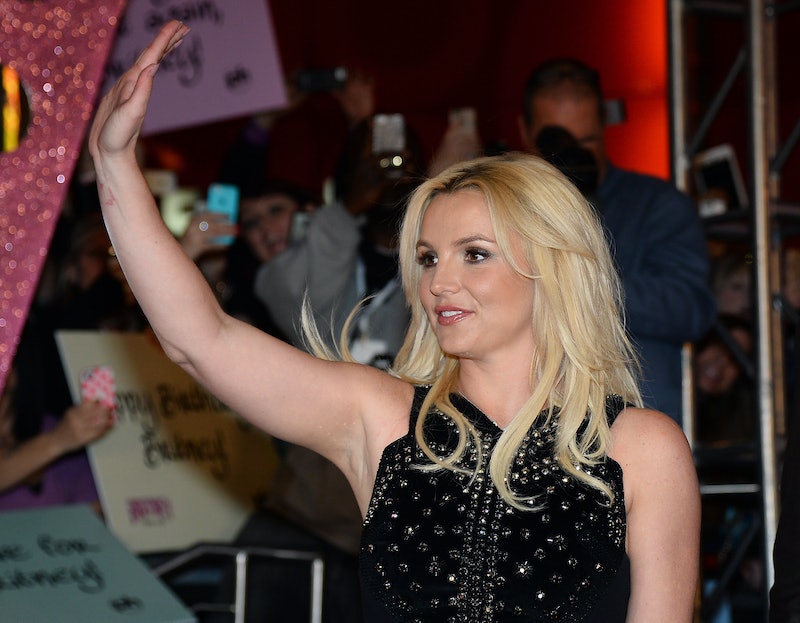 Before I begin, let be clear: I am always and forever a Britney Spears fan. I fully intend on making the pilgrimage to Las Vegas to experience the "Britney: Piece of Me" residency. The thought of seeing Spears fly off of a tree, arm dance, and lip sync fills my heart with so much delight. No, I don’t care that she lip syncs. She’s Britney Spears, not Celine Dion. (NO DISRESPECT TO EITHER. LOVE 'EM BOTH.) I only care that she plays the hits. And "Britney: Piece of Me" promises all of the hits. However, the Instagram video of Britney Spears' mic pack falling off during a performance of “Stronger” torqued my jaw.

Goddammit, I thought. Get it together, "Britney: Piece of Me" residency. She does one knee high move and BAM! mic is down, yet the vocals remain unfazed. The album version of “Stronger” continues playing like nothing’s amiss. UH OH. Spears, consummate professional that she is, doesn't stop dancing. She quickly fixes the mic and carries on with the show.

It’s one thing to lip sync. Lip synching happens. It’s another thing for the music and vocals to keep going when the mic pack and headset fall. THE ILLUSION WAS SHATTERED SO BLATANTLY. Like, I know she’s not singing, but I don’t want my nose rubbed in it, ya feel me? I’m peeved at whoever hooked up her mic pac/headset that night, because while I don’t give a shit that she lip syncs, I do give a shit that her lip sync game is on point.

When I do trek out to Vegas, that mic pack had better be fastened to her head and body with, I don’t know, glittery duct tape. She should be able to arm dance and high knee to her heart’s content without worrying about a mishap. She's given the world so much, the least we can do is secure that fake piece of equipment she doesn't even use.