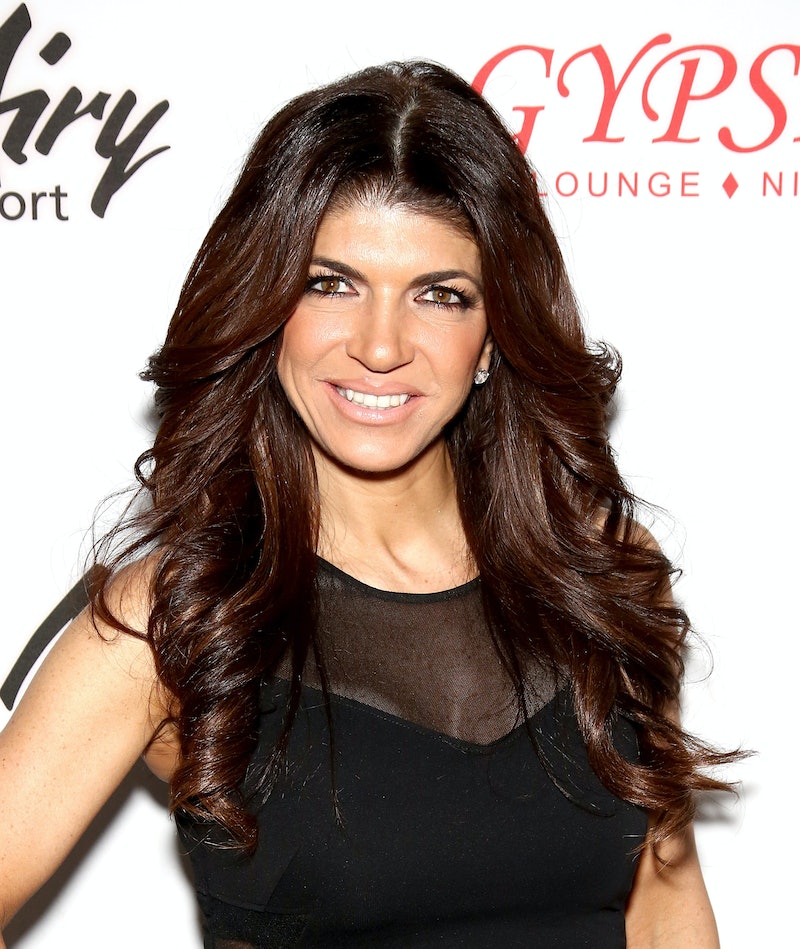 On Wednesday, the Giudice family faced another emotional bump in the road when Joe Giudice officially began his 41-month prison sentence for fraud. His time away from home is surely going to be a tough on his family, but it appears they are receiving all the support in the world. So much so, that on Wednesday Teresa Giudice thanked her fans on Twitter for their love and kind words during what I can only imagine is a very hard time. She wrote, "I want to thank all of you for the love & support you have shown my family during this difficult time. It means the world to all of us."

There's no doubt Teresa and her four daughters with Joe, Gia, Milania, Gabriella, and Audriana, need support. It was already hard enough when she served almost 12 months in jail herself and had to be away from the people she loves most. Now, they are going through it all over again, but the major difference with Joe is that he will be gone for almost four years. That definitely is a long time to be away from family and friends.

I'm sure Teresa and her girls are feeling all kinds emotions. Based on the photos released of her goodbye with Joe, it's safe to say it wasn't easy saying goodbye to her husband. I'm sure she welcomes support from anyone and everyone.

Upon Joe departing for prison, the Giudice's family attorney released the following statement to E! News, where he explained how emotional of a day it was for everyone. He said,

Joe Giudice surrendered himself to the Federal Correctional Institution at Fort Dix today at 12 p.m. to begin serving his sentence. His brother, his sister and several other members of the Giudice family, as well as myself, were present when he turned himself in to the prison, including Teresa. It was obviously a very emotional day, but this is a very strong family with a tremendous support system and they will get through this, just as they did when Teresa was away.

If anyone can fight the good fight and make the best of a situation, it's Teresa. Plus, the fact that Joe is looking at his prison sentence as a positive thing speaks volumes. "It's not a big deal," Giudice told People before beginning his sentence. "They tell me that the low security and the camp there are almost the same so it's no big deal."

As hard as it might be for the Real Housewives star, I'm sure she's trying to follow in her husband's footsteps by embracing the positive, rather than the negative. Really, what else can she do, especially when she has four children to take care of?

Whatever the case, all the love sent Teresa's way is probably easing some of the pain and heartache she's feeling. She truly does seem to appreciate everyones kindness.