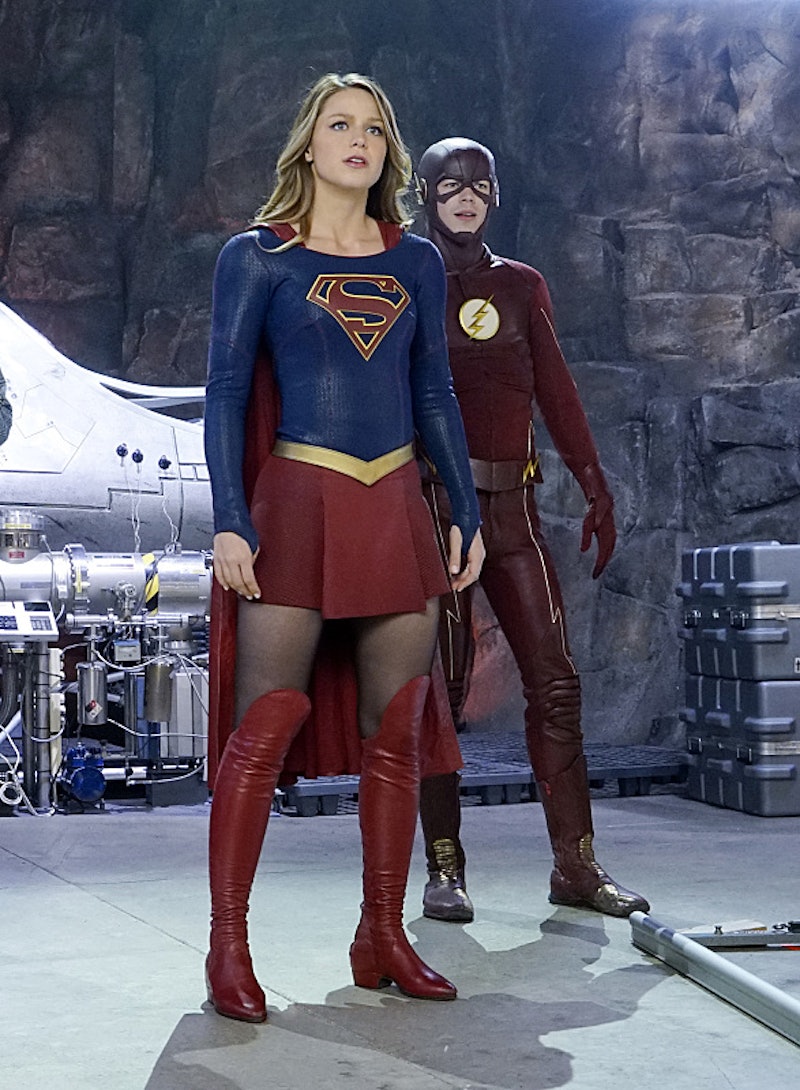 What happens when the Girl of Steel meets the Fastest Man Alive? That's precisely what the long-awaited crossover episode of Supergirl and The Flash will seek to find out on Monday night when Barry Allen accidentally finds himself smack dab in an alternate universe once again — don't you just hate it when that happens? — and does everything he can to help Kara save her city from Livewire and Silver Banshee, before safely returning to his own world. But how exactly does The Flash end up in Supergirl's National City in the first place? Pretty much the same way Barry finds himself ending up anywhere: he ran. Really, really fast.

According to Entertainment Weekly, who recently spoke to executive producer Andrew Kreisberg about the crossover episode, Barry will be attempting to use a tachyon device to help increase his supersonic speed force in order to take on Zoom, however, he ends up going so fast that he quite literally runs out of his own universe and into another one. So what does that tell us? Well, for starters, it certainly helps to clarify why The Flash and Arrow have never mentioned Supergirl before and vice-versa — because they never knew that such people existed.

Unlike the parallel universe of Earth-2, there's no alternate Barry Allen/The Flash in this world, but rather completely different heroes like Superman and Supergirl (who also happen to be aliens), fighting completely different villains. "Supergirl has never heard of The Flash and Flash has never heard of Supergirl, so there’s a lot of like, ‘Wait, you’re the who, now?’" Kreisberg explained to EW. "Barry and Kara take a little bit of a leave of their problems for a week to engage in the kind of hilarious high-stakes high jinks that ensue when two super­heroes wind up in the same universe."

However, just because they're from different worlds doesn't mean that Barry won't have a few useful words of wisdom to pass on to his fellow superhero. Ever since the Red Kryptonite debacle, Kara has been struggling to win back the people's trust — something that Barry can totally relate to. But don't go thinking that this is a one-sided relationship because Barry ends up learning just as much from Kara as she does from him. "He’s able to realize that he has more experience than he gives himself credit for," Grant Gustin, who plays the Red Speedster himself said in the same interview. "That makes him come back with new confidence and this happiness because of this new friend that’s out there."

So yeah, just in case there was ever any doubt about it, The Flash does end up figuring out how to return to his own world. But now that he knows of Supergirl's existence, maybe he'll decide to call upon her in the future if Central City ever needs an extra dose of supernatural assistance. Hey, a girl can dream, right?