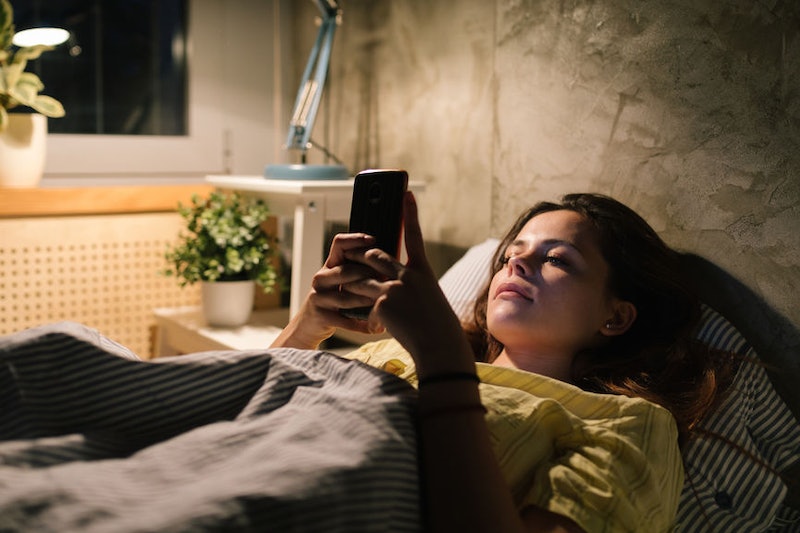 If you're like me, then you probably spend many a night lying awake like some sort of cartoon character. You know, the ones who can't sleep and lie there with blood shot eyes? It's not how I'd like to spend the night, but sometimes it just feels like everything is keeping me awake.

Maybe it's a dripping faucet, or the loud neighbors, or the sounds from the street. Whatever it is, little things like these suddenly seem extra annoying at 2 a.m. If this has ever happened to you, then you know how frustrating it feels, and how quickly the morning comes when you still haven't gotten any rest.

It can feel like you're the only one awake on the planet, but you're definitely not. These types of problems are the case for about 50 to 70 million Americans, according to the CDC. That's a lot of staring at the ceiling or counting proverbial sheep.

Sleep problems may not seem like too big of a deal, especially since 70 million of us are walking around tired and nothing too bad seems to happen. So it might be shocking to hear that sleep deprivation can lead to basically every problem under the sun. OK, maybe not every problem. But it is linked to a lot of things, such as hypertension, diabetes, depression, and obesity, as well as forms of cancer, increased mortality, and reduced quality of life and productivity, according to the CDC.

It's scary stuff, and so definitely worth fixing. Let's start with this list of possible reasons you might be staying up all night, and then go from there.

1. That Late Cup Of Coffee

If you spend the whole night tossing and turning but don't really know why, think back to how much caffeine you guzzled throughout the day. Did you have a 4 p.m. cup of coffee to get through that last hour of work? Or maybe a few cups of tea before bed?

Even if you're able to fall asleep at night, that caffeine can still make it impossible to get a good night's rest. As Bernadette Farrell noted HuffingtonPost.com, "Researchers at Harvard Medical School report that caffeine blocks adenosine, your body’s natural sleep-inducing agent ... [caffeine also] breaks your sleep, so that you wake up more often during the night."

This is definitely something to think about, especially since it takes a shocking four to seven hours for caffeine to leave the body, according to Farrell. So if you can't sleep, consider skipping your afternoon and late night coffees. Or at least switch to decaf.

A pounding headache or a stiff back might be the reason for your late-night troubles. According to an article on Health, "In one study, 15 percent of Americans reported suffering from chronic pain, and two-thirds also reported having sleep problems. Back pain, headaches, and temporomandibular joint syndrome (problems with the jaw muscles) are the main causes of pain-related sleep loss."

If you think pain might be your problem, then I recommend hitting up a warm shower before bed, or sleeping with a heating pad, as it can help relax your muscles. If that doesn't help, then talk to your doctor about what might be going on.

3. Your Room Isn't The Right Temp

I personally love sleeping in a freezing cold room. There's just something about snuggling into the sheets that feels so very right. And yet, if my blanket falls off in the night, forget it — I wake up instantly and can't get back to sleep.

So it seems rather obvious that a cold room (or a super hot one) can mess up your night. As Sarah Klein noted on HuffingtonPost.com, "You might think you know what makes for a cozy bedroom, but there’s actual research examining optimal sleeping temperature. Generally, the sweet spot is somewhere between 60 and 67 degrees Fahrenheit ... with temps below 54 or above 75 deemed disruptive to your slumber."

4. All Of That Stress

We've all lain awake at night thinking about work, our relationship, or that awkward thing we said in 2nd grade. Call it stress, call it anxiety, call it horrible childhood memories. Whatever it is, it's true the mind has an amazing way of keeping us up at night.

The worst part, though, is when thoughts spiral out of control. As Alan Henry pointed out on Lifehacker.com, "The more you follow your thoughts around in circles, the deeper that feedback loop of stress and anxiety goes." Yup, pretty much.

So do whatever you can do to reign in your thoughts, be it with meditation, yoga, or reading a book. Basically, do anything that will help you wind down and turn off that brain of yours.

I don't know about you, but I love a late night snack, or two, or three. Usually, the sugary the better. And know I'm not alone. As Alessandra Bulow pointed out on Epicurious.com, people often turn to comfort foods as a way to wind down.

But unfortunately, however delicious, sugary snacks are not going to help you rest. That's because they cause blood sugar fluctuations, which make it difficult to sleep, Bulow noted. So either skip your nighttime donut, or add in some foods with protein and fat to help balance things out and prevent a blood sugar crash.

6. Falling Asleep With Your Phone

Shockingly, falling asleep with phone in hand isn't the best way to rest (especially when you accidentally drop it on your face.) Not only is it a huge distraction that doesn't allow your brain to turn off, but it also has a way of putting your mind into overdrive.

According to Heather Hatfield on WebMD.com, "As your brain revs up, its electrical activity increases and neurons start to race — the exact opposite of what should be happening before sleep ... The physical act of responding to a video game or even an email makes your body tense ... as you get stressed, your body can go into a 'fight or flight' response, and as a result, cortisol, a stress hormone produced by the adrenal gland, is released, creating a situation hardly conducive to sleep." Do yourself a favor and leave your phone in another room while you sleep, or at least out of reach.

Some people hate the idea of sleeping in socks because they're itchy or hot. They also get lots in the sheets, and it can become quite the pain. I personally try to go to bed with socks on, but wake up with them nowhere to be found. (It's probably my body rejecting them in the night.)

And yet, however hot or uncomfortable it may sound, sleeping with socks on is supposed to be a great way to regulate your body temperature, which as we know is important for good sleep. According to Klein, "Even if you’ve set the thermostat correctly, some people are just disposed to having colder than comfortable extremities. But this can become a problem at bedtime, since warm hands and feet are part of a delicate thermoregulatory dance that seems to predict how quickly you’ll fall asleep, according to a 1999 study." Slip into some socks

Sleep is a fickle thing, so don't give it any reasons to abandon you in the night. Check on your caffeine consumption, phone use, and room temp, and hopefully you'll get a better night's sleep.

More like this
On TikTok, Tinned Fish Date Night Is The Latest Viral Food Obsession
By Emma Carey
10 Stranger Things-Inspired Halloween Costumes For True Fans
By Emma Carey
Bobby Berk Explains How To Maximize Every Inch Of Your Bedroom Storage
By Marilyn La Jeunesse
This Psychological Effect Might Be Keeping You From Hitting Your Goals
By Lexi Inks
Get Even More From Bustle — Sign Up For The Newsletter