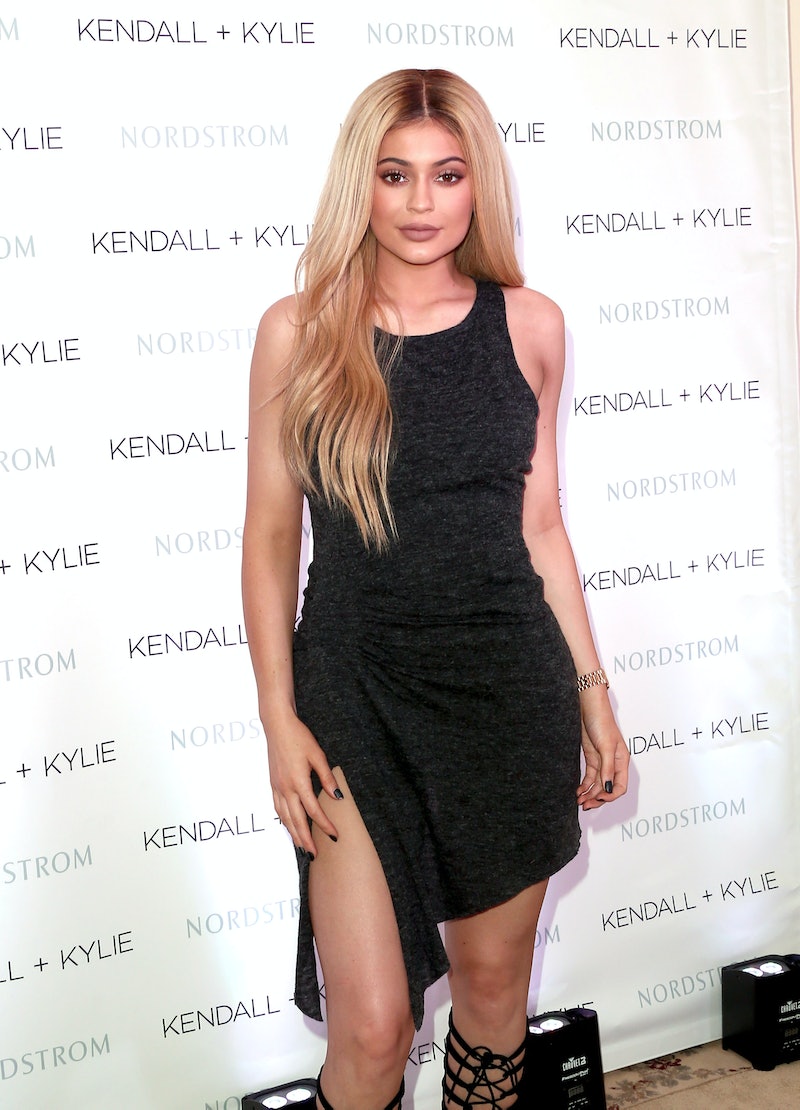 And then there were eight. Today's highly anticipated release of Kylie Jenner's Kourt K Lip Kit sold out, but that's par for the course when it comes to this millennial beauty must-have. The latest lip kit, named after Jenner's sister Kourtney Kardashian, boasts a gothic purple shade that truly stands out from the previously released colors in the mega popular line.

The Kourt K Lip Kit went on sale at 6 p.m. EST, but sadly, there were no restocks of the previously sold out lip shades. As expected, fans who tried to snag the new Kourt K shade immediately shared their lip kit buying experiences on social media. As we all know by now, Twitter reactions to the Kylie Lip Kit are both entertaining and heartbreaking. After 24 minutes passed, the company announced that Kourt K was off the market... at least until the next restock (along with the others).

What began as a passion project for the youngest member of the reality TV family, Jenner is on her way to building a beauty empire in such a short amount of time. At the same time, it also seems like ages ago when the very first batch of Kylie Lip Kits sold out in less than a minute, thanks to the original trio of True Brown K, Dolce K, and Candy K. Ever since then, Jenner and the Kylie Cosmetics team have branched out into bolder hues with the lip kit shades Mary Jo K and 22. Kourt K joins that group of statement lippies in the line, but it could also be the beginning of darker, goth-inspired tones for the line.

But here's some good news — all eight Kylie Lip Kit shades will be available on Monday, March 28 for the restock of all restocks: