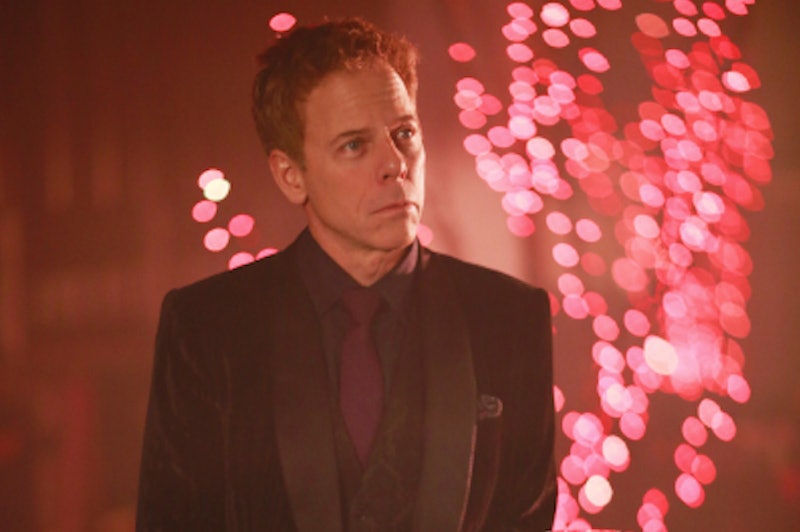 I know we're only a few episodes into the second half of this season, but I have to say that Hades is definitely becoming one of my favorite Once Upon a Time villains of all time. But just like with any Big Bad, they always have an Achilles heel and based on what we learned during Sunday night's episode, this Lord of the Underworld isn't any different. There is a way to defeat Hades on Once Upon a Time and apparently it somehow involves... Zelena? That's right, my friends. Based on next week's promo, Hades and Zelena share a secret together, as well as a romantic past, which could end up being the key to his eventual undoing.

As of now, the specifics of how they know each other remains somewhat unclear, but considering how positively wicked we know Zelena can be, can you really blame the ruler of all evil for being more than a little smitten? However, I doubt their courtship is the only part of their relationship that Hades is trying to keep under wraps.

You see, after Liam threw Hades' storybook pages into a well (which is not really how you properly destroy something, but that's an argument for another day), Hades got his hands on them down in the Underworld and started riffling through its contents. That's when we came across a picture of him and Zelena, which prompted Hades to say: "Zelena... our secret remains safe." What secret is he talking about and how could it potentially lead to his downfall?

As per usual, we're getting way more questions than answers on this show, but I kind of love the idea of these two villains sharing a sordid past. Everyone loves an evil character with a soft spot for someone (take Rumple and Belle, for instance), so it'll be interesting to see how our wicked witch of Oz managed to worm her way into Hades' devilish heart. Let's just hope that any residual feelings she may have for him, won't stop her from helping our Storybrooke gang take him down for good.