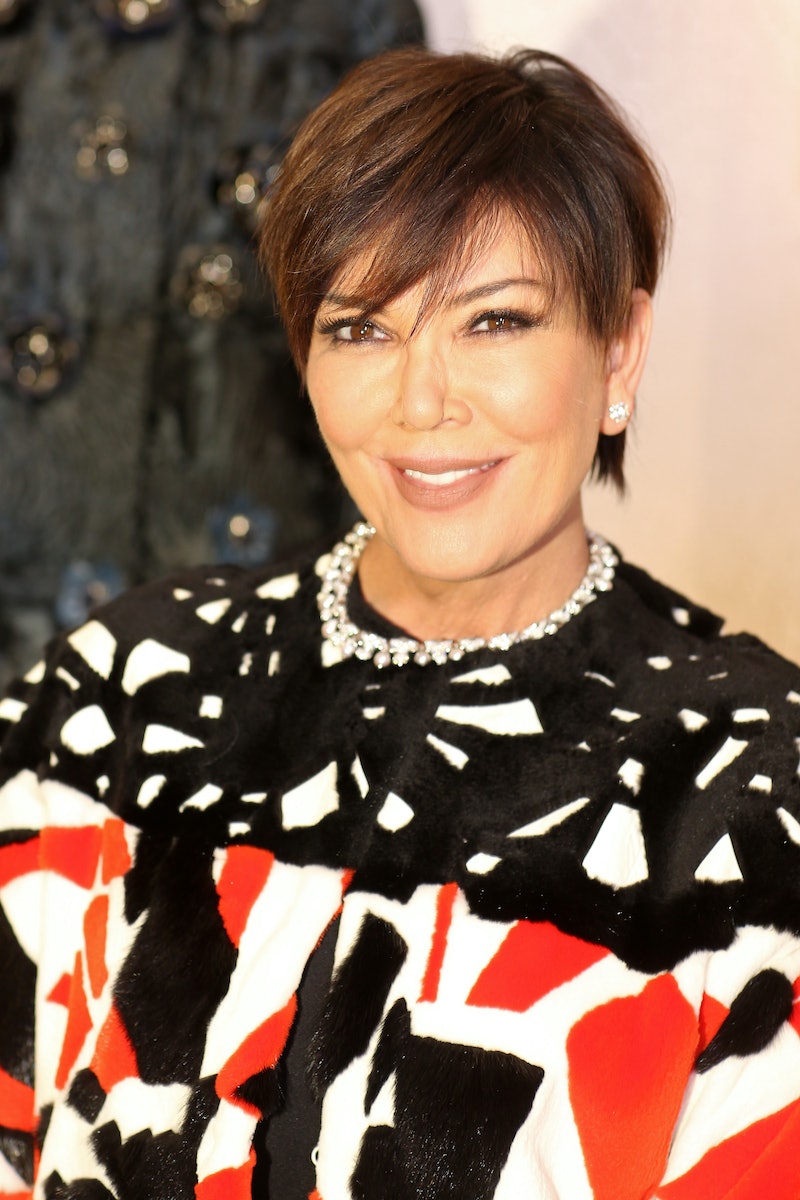 Say what you want about the Kardashian-Jenners, but Hollywood's most-blogged about family knows a thing or two about family values. And that's not sarcasm, either: I love how inclusive and accepting their blended family is, always being sure to include all various branches of their family tree in their celebrations. And this Easter Sunday was no exception — not only did Khloé Kardashian's ex-husband Lamar Odom join in the Easter festivities (prompting rumors of a reconciliation), Kris Jenner also made Tyga and Blac Chyna's son an Easter basket.

It may not seem like much, but to me, that is an incredibly welcoming gesture on Kris' part. Not only is she treating King like a member of the family (all of her grandkids received bountiful baskets, as well), but it shows how accepting she is of both Tyga and Blac Chyna — and with the complicated, awkward family dynamic those two have infused into the Kardashian-Jenner clan, that may not be such an easy task.

In a moment captured in Kylie Jenner's Snapchat videos (because of course), Kris took us all on a tour of the baskets she put together for the kids (including King). (You can check it out here.)

It's an undeniably warm and open gesture, one that welcomes and accepts both Kylie and Rob Kardashian's significant others and the son that they share. (To bring you up to speed, Kylie is dating Tyga, who was engaged to Blac Chyna, the mother of his son. Chyna is now dating Rob.) It's definitely a unique situation, to say the least, and it's not like there hasn't been some awkward AF drama about it within the family. (Lest we forget Khloé Kardashian's ominous Godfather quotes about "going against the family" and that uncomfortable time Rob 'grammed a meme about becoming an orphan.)

Not only does it seem like all is well now, it's refreshing to see how chill and accepting Kris is about the whole thing, even going above and beyond to include King in the celebration and treating him like any of her other grandkids — despite any awkwardness that there may have been in the past. Kris' embrace of King is not only heartwarming — it's a prime example of just how important family is to the Kardashians. And once you're part of the Kardashian-Jenner family, you're in for life.