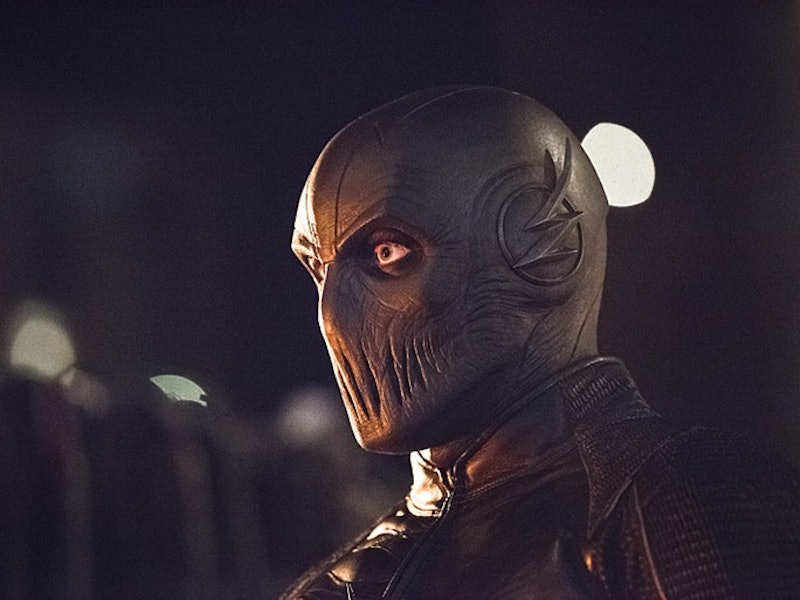 If you thought that learning Zoom's identity on The Flash would be the answer to all of your questions, then by now you know that you were sorely mistaken. In fact, ever since I found out that Zoom is Jay Garrick aka Hunter Zolomon, I've never been more confused. For example, how was Zoom able to stab himself in the chest then when the final portal was closing? I mean, I know that speedsters are capable of being at two places at once, but even Zoom seemed to be confused of how his doppelgänger was lying there before him. Does this mean that Jay Garrick and Hunter Zolomon are two different people or is there some other supernatural element at work here?

Unfortunately, I can't definitively answer any of these questions yet, however, based on a recent interview that executive producer Andrew Kreisberg had with Entertainment Weekly shortly after that epic reveal, it's looking more and more likely that Jay and Hunter are one in the same. "Zoom’s identity has been revealed: He is Hunter Zolomon, a.k.a Jay Garrick," Kreisberg explained, which means the names Jay and Hunter should be pretty much interchangeable at this point, unless, of course, we're referring to the different Hunters from Earth-1 and Earth-2.

Earlier in the season, Jay actually went and showed Caitlin his Earth-1 counterpart, explaining that, for some reason, he goes by the name of Hunter Zolomon, not Jay Garrick. It seemed suspicious even back then that Jay would have a different name than his doppelgänger since no one else had experienced such an issue, but at least now we may finally know why. Jay Garrick could be a fake identity he came up with in order to carry out his plan. Of course, this wouldn't the first time The Flash has dabbled with identity theft (looking at you, Eobard Thawne!), so it's possible that a man named Jay Garrick does actually exist. Heck, maybe he's even the man in the iron mask. (Though, if that's the case then someone should give Teddy Sears a raise for all these extra characters he's taking on.)

The point is, we still know very little about Zoom/Jay/Hunter, or whoever you want to call him. I suppose we could even question whether or not Earth-1 Hunter is in on this little game as well (anything is possible), especially since he definitely has to be a separate entity from Earth-2 Hunter/Jay. (I mean, there's no way, Jay could've been zipping back and forth between two benches without Caitlin noticing, right?) Granted, that still doesn't explain how Zoom managed to stab and drag himself through the breach later on, but it's a "complication" that I'm sure will make sense in due course.

"They let this person in," Kreisberg continued to EW. "Part of the reason he was able to do that was because there was a hole in the center of their group, and he knew that." So there should be no doubt in your mind that the Jay we've been interacting with is the Jay/Hunter that has revealed himself to be Zoom, which means Barry has put his trust in the wrong person once again. But now that they know who he really is, odds are it'll help bring them one step closer to taking him, and his many identities, down for good.