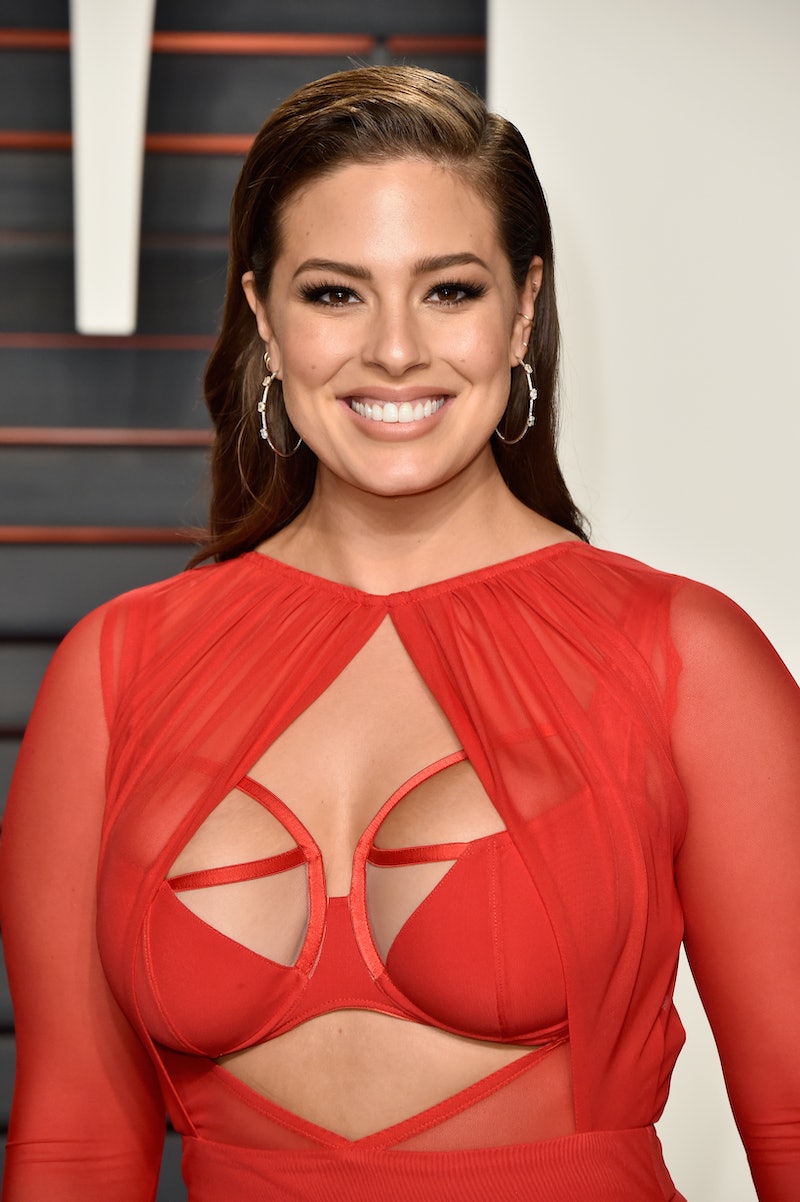 In another big step forward for her career, Ashley Graham is on the cover of Maxim for the first time, according to E! Online, where she stripped down to just a bed sheet for the aptly-named cover story "Ashley Graham, Natural Beauty Turned Brand Builder." The men's magazine is seemingly following in the steps of publications that have been utilizing curve models as of late. From Nadia Aboulhosn's first cover with Women's Running to the much-celebrated news of Ashley Graham's Sport's Illustrated cover, mainstream media is being inclusive of women sizes 12 and above in a way that hasn't been popular ever before.

Inside the publication, Graham can be found posing in lingerie in typical men's magazine style. It's a seductive, inviting look in clothes that I could probably never afford. Considering that Graham brought up her qualms with the over-sexualization of curve models in 2015, it's difficult to know exactly why she would do such a provocative shoot for a male-targeted magazine. But perhaps it's down to her belief that, "I know my curves are sexy and I want everyone else to know that theirs are too. There is no reason to hide and every reason to flaunt," as she wrote for a campaign with swimsuitsforall.

At the end of the day, landing a magazine cover is still an honor in Graham's industry. Since the model's interview focuses on building an empire as a business woman, it only makes sense that one of the biggest names in contemporary modeling would be chosen to discuss her professional goals.

For the April issue of Maxim, Graham explained her insights on making a career out of personal branding and social media, rather than simply her modeling portfolio. "I know these celebrity entrepreneurs are just people," she said in her interview. "They've just been given the right opportunities and have soared with them. And that's what I'm trying to do. I'm in total build-the-empire mode right now."

By making herself a brand, rather than just a model, Graham is intelligently making sure her household name status isn't forgotten with the next big thing in the industry. If she wants to reach supermodel status, building an empire is arguably the way to do it in a media scene where models have to be so much more than their runway walk. Take Kendall Jenner, Gigi Hadid, or Cara Delevingne, for example. Modeling alone doesn't cut it anymore: You have to have a personality that people want to buy into as well.

Want more Ashley Graham? Check out the video below, and be sure to subscribe to Bustle's YouTube page for more self-love inspo!