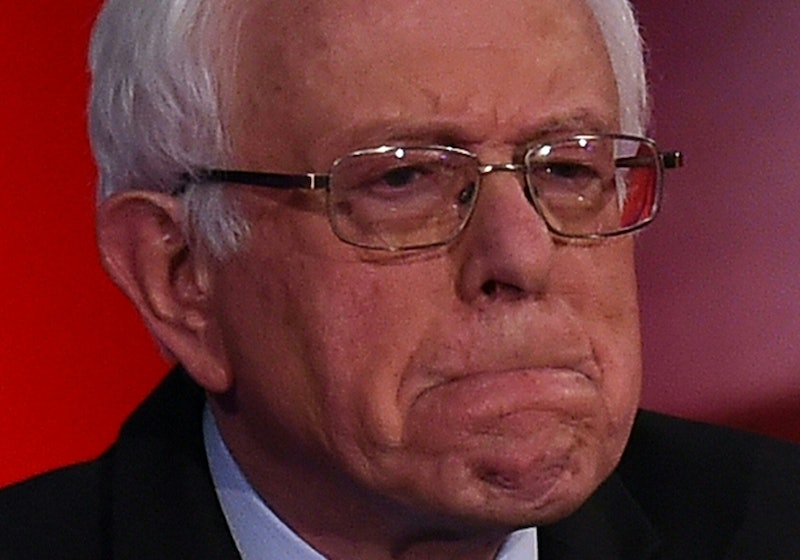 We all know the face: The one that says, in no uncertain terms, “NOPE.” Researchers from Ohio State University are calling the common facial expression for disagreement the “not face” and have recently published a study in Cognition suggesting that the “not face” is a universal facet of language. People from across cultures make the “not face” by combining elements of three emotional expressions: Anger, contempt, and disgust. Characterized by a lifted chin, a furrowed brow, and lips that are pressed together (So, basically Grumpy Cat), the “not face” is “the embodiment of negative emotion” in cultures all over the world, according to a press release.

The research team, led by Aleix Martinez, studied the “not face” by interviewing 158 students from Ohio State, who spoke a range of languages including English, Spanish, Mandarin, and American Sign Language (ASL). Recording the participants’ facial expressions, the team asked the students questions designed to elicit a negative response or had them read negative statements. Martinez and his colleagues then examined the footage to study how students’ facial expressions changed while expressing negative sentiments. They found that, regardless of which language the students were using, they used the same facial expression — the “not face” — to indicate their disagreement.

Upon analyzing the frequency with which subjects made the “not face,” the team also found that people make the “not face” with a rhythm that matches that of speech, suggesting that the “not face” is embedded within human language itself. “Where did language come from? This is a question that the scientific community has grappled with for a very long time,” Martinez, a cognitive scientist and professor of electrical and computer engineering at Ohio State, said. “This study strongly suggests a link between language and facial expressions of emotion.”

In an interview with the Washington Post, Martinez suggested that the “not face” may function as a grammatical marker, “a sound or facial expression or sign that has some grammatical function.” (An example of a grammatical marker would be a question mark or a word indicating that a sentence is negative, such as the “not” in “I am not doing that”). “To our knowledge, this is the first evidence that the facial expressions we use to communicate negative moral judgment have been compounded into a unique, universal part of language,” he said in the press release.

The research team’s results were especially interesting when it came to the use of the “not face” in ASL. They found that in some cases, people using ASL would forgo the hand sign for “not” entirely and use only the “not face” to indicate negation. This is the first time that this aspect of ASL has been studied.

Martinez explained that he and his colleagues decided to study the “not face” in particular by going back to Charles Darwin. Darwin thought that humans learned to express negative emotions with their facial expressions before they learned language — because being able to communicate “Back off!”, even without spoken language, could aid survival. Because the “not face” could have thus preceded language, the research team believed it was the expression most likely to be universal. Martinez says that he and his team eventually want to study positive facial expressions as grammatical markers, as well as expand the scope of their study.