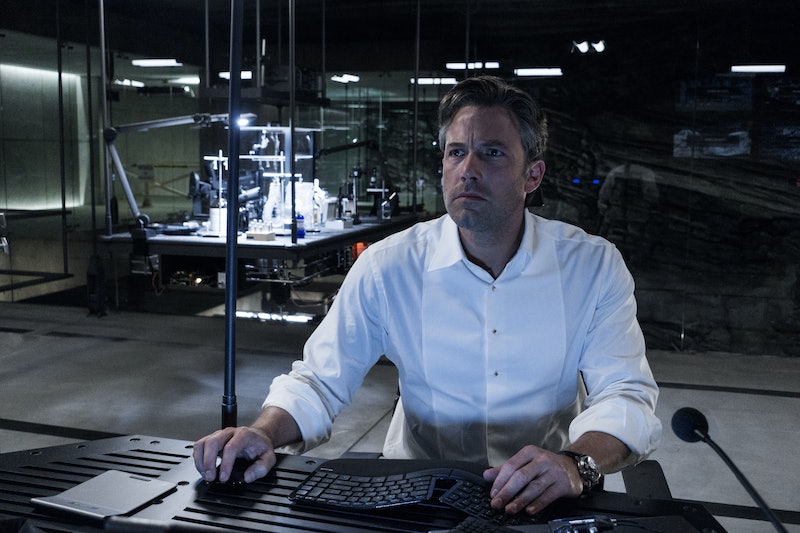 I think we can all agree that one of the most positive feelings after seeing Batman v Superman is "well, The Justice League could be fun." It's way better when superheroes are friends, right? The Easter Eggs and cameos that teased the team-up, including a scene in S.T.A.R. Labs in Batman v Superman: Dawn of Justice that set up Cyborg, were a welcome look at how this universe could expand. Also, S.T.A.R. Labs?! Worlds are colliding — except, not really.

If seeing that name, as well as the term "metahuman," made your head spin during BvS then you are not alone. For the casual superhero fan who gets most of their caped crusaders by way of movies and television, you might associate S.T.A.R. Labs with The CW's The Flash. While characters like Cisco Ramon, Caitlin Snow, and Harrison Wells may not appear in subsequent films, I hope that this S.T.A.R. Labs at least has as many secret lairs as the one on television.

Of course, both the films and the television series are based on the same comic book source material, so it's not unreasonable. Still, it's a little jarring to think of two these two franchises existing simultaneously. Blame Marvel Studios for trying to have it all, I guess.

The weirdest thing about the S.T.A.R. Labs scene, for fans of The Flash anyway, is that it had nothing to do with Barry Allen. We saw the speedster, played by Ezra Miller, in a different video attachment. Instead, the scene introduced the DC comic book superhero Victor Stone, also known as Cyborg. In Lex Luthor's files that Bruce Wayne emailed to Diana Prince (that happened), we saw Joe Morton, aka Papa Pope from Scandal, as Victor's father Silas who "created" Cyborg in a lab experiment.

It'll be interesting to see how the research facility is used in this franchise, considering it is such a hub on The Flash and in DC comics. I'm sure we'll have much more comparing and contrasting to do when we revisit the character and the location in The Justice League Part 1 and 2020's Cyborg solo film. Hopefully, Barry Allen will step inside the lab as well, even if it's just for a moment.