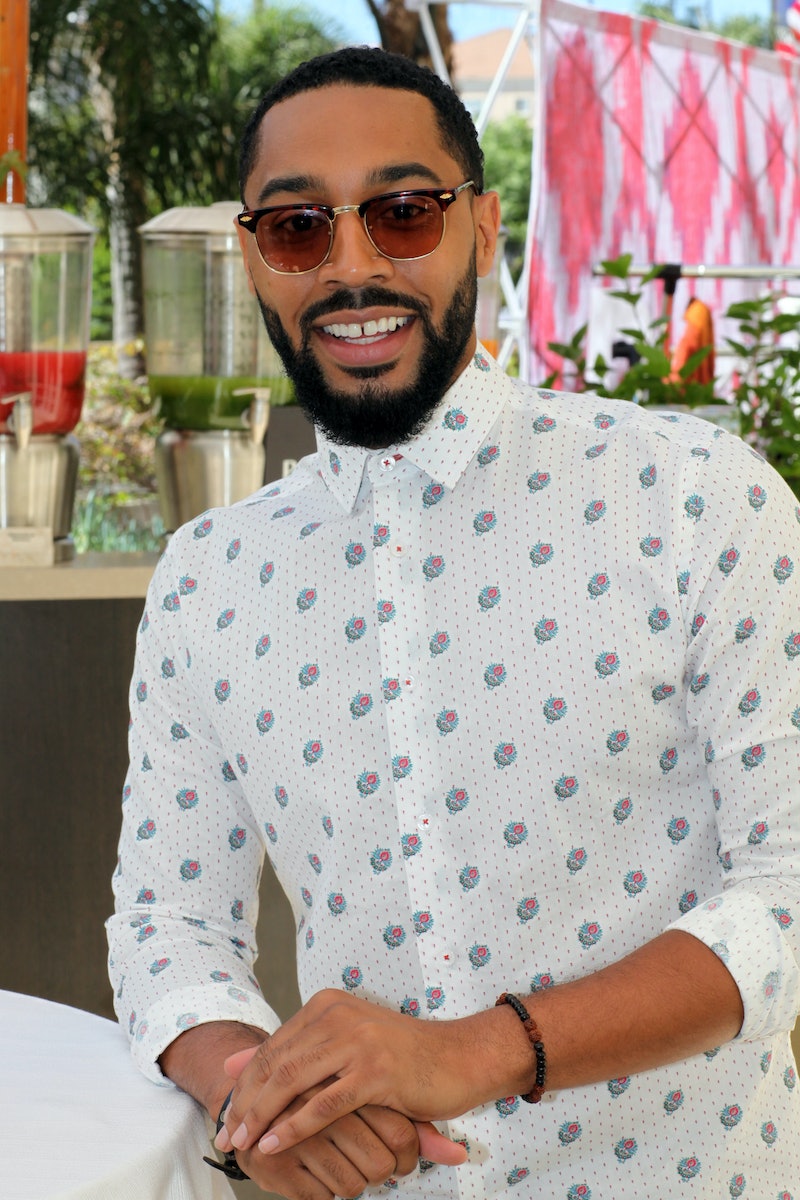 Barry Allen has had so many love interests on The Flash that it's only fair Iris has her fair share of suitors as well. Who is Scott Evans on The Flash ? Don't get excited — Chris Evans' brother isn't joining the CW series. I'm talking about Iris' new coworker at the Central City Picture News and potential new beau, played by Tone Bell.

While he was introduced in "Escape From Earth-2," Scott stepped into the spotlight during last Tuesday's episode "Trajectory" as the new Editor in Chief at the paper. He mistook a business meeting with Iris as a date, which could have been a problem but it turns out they actually like each other. The interesting thing about him? He's not particularly fond of The Flash, either.

Scott Evans is not a DC comic book character, so there aren't a lot of clues as to where this character is going. I like that a civilian is being introduced who doesn't like the idea of vigilante justice. That's a debate that every superhero TV show and/or movie needs to have eventually. I just wish it didn't involve Iris.

However, I'm not 100 percent on board with this love interest. First of all, Iris has enough stress in her life without a workplace relationship. Second of all, why wouldn't not liking The Flash be a deal breaker for Iris West, best friend of The Flash? What did Barry do to her recently? Is she really that freaked out by the fact that they're married in multiple universes? I'm not a fan of this dance they're doing.

I guess this might be proof that Barry and Iris are endgame, 'shipping-wise. This is clearly going to cause conflict and bring issues in their relationship to a head. Scott is plenty cute and I'm glad that Iris is moving on from Eddie, but between their working relationship, Iris' unresolved feelings for Barry, and Scott's very different opinion on the Flash, this may not be the best match for Iris.