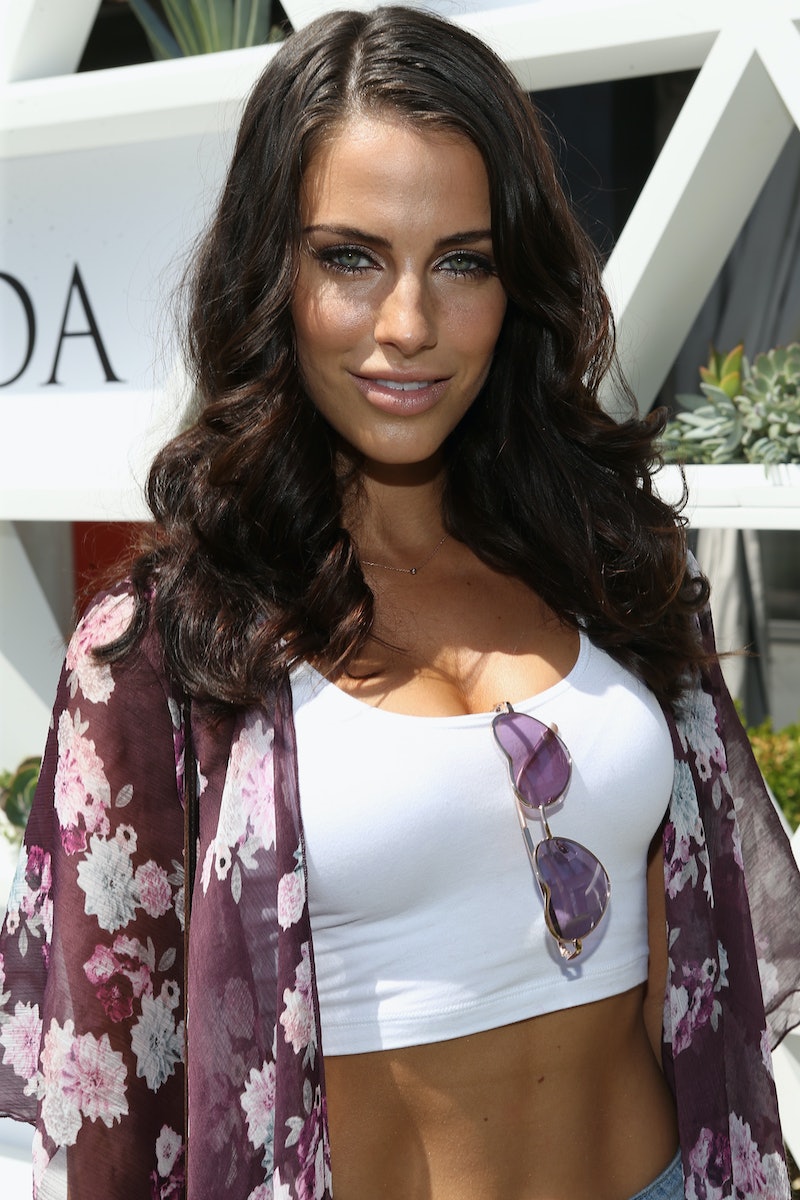 Well, after becoming a trending news topic and taking over social media on Monday, it's finally been confirmed: Jessica Lowndes and Jon Lovitz aren't dating. I repeat, these two are not dating. On Monday, Lowndes released her new music video for "Deja Vu (Remix)", which features Lovitz as himself imagining that he and Lowndes are a hot, steamy item.

Funnily enough, that's exactly what they got most everyone thinking about after the former 90210 actor released several cryptic photos about a mysterious "new man" in her life over Easter weekend. Then, Lovitz tweeted a photo with Lowndes, aka his "bunny," which fueled the speculation even more. So, if you didn't already think their so-called relationship was a joke, or a ruse for something bigger, or an early April Fools' Day joke, now you know it totally was.

Soon after the video's release on Monday, Lowndes shared a video of herself on Instagram saying, "I know it's still the last week in March, but is it too early to say, 'April Fools'?"If you need further proof that "Lowndvitz" definitely isn't happening, there you go. I guess it's never to early play an April Fools' prank?

Basically, everyone should just listen to Chrissy Teigen from here on out, who predicted early Monday on Twitter that this was all for April Fools'. "I smell April fools on this lowndes/lovitz relationship but if I'm wrong whoops jk screw everyone f the haters do you, you two." She added, "All the smarties know to start f*ckin with people now for a successful April fool. Hell I started months ago." Teigen = a genius.

Apparently, Lowndes and Lovitz also started "months ago" for their April Fools' joke. Clearly, it was a success. Also, kudos to Lowndes, who's new video is probably going to get a lot of hits thanks to all of this media madness.

With that, here is the video for your viewing pleasure. FYI, if you grew up in the '90s and were a fan of VH1's Pop Up Video, you'll love it.