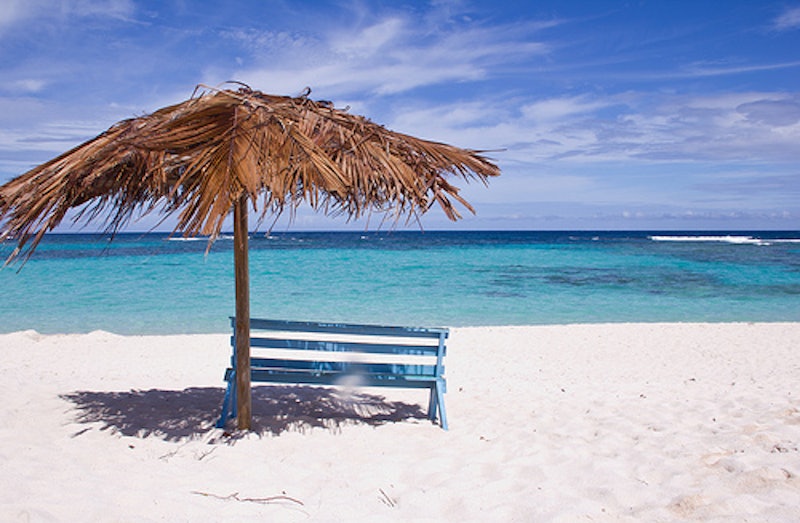 When I think about hot vacations, I think Cabo. But as a report by The Sun reveals, more and more middle-class women are redefining what it means to take a steamy getaway. In a report published on Friday, The Sun revealed that rising numbers of women are visiting “adults-only resorts” where “anything goes”.

Among the advantages of these hotspots, singles rank highly freedom from inhibitions and sex with no strings attached. Couples may also lodge at these resorts, using the hotel arrangements as a platform for sexual experimentation. Resort entertainment ranges from donning “fetish wear” and passing by “women performing oral sex on men” to “couples openly having sex and swinging sessions”. So, there's that... and then some, I guess.

Some perceived the situation as simply a matter of taking proper precautions. “I feel like there is a danger that presents itself with all sexual activity,” said, Carmen, 20. “However, going to a different place for sex is just as 'dangerous' as going down the street. If you're careful here you'll be careful there.”

Carmen is not alone in her sentiments. “I think it is liberating as long as they are using protection,” said Jennifer, 23.

But “condoms are not always enough”, says LaTisa, 35. Point taken. Condoms are only as effective as the user and, besides, only 5 percent of men in the world deign to use them.

Further, safety is not just about protection from disease. As Tenisha, 21, explains, it’s not just about the lack of knowledge of their “sexual history”, “the numbers of partners they’ve had” or “if they have been tested for STDs”. She says, “women need to be especially attentive with men they don't know because of the chance of rape.”

Then there are the factors outside the physical risks. As Kasha, 32, says, “While the taboo nature of such an adventure may make someone feel uninhibited and excited, there are many dangers to this behavior. You have to look at the underlying reasons that someone would feel that they need to have sex with strangers. That same void will be there once they come off of their vacation... So afterwards, you had "fun" but you still have the same emptiness.”

Lauren, 26, added, “I think it’s dangerous morally and is a slippery slope that will eventually lead to women... devaluing sex and monogamy”.

Of course, this is all presuming that women have sex with emotional ties. For some, this is the case. As Lashaune, 47, says, “I have never had sex with a stranger. I have to have some type of emotional ties with him.” Yet Lashaune admits that she “knows women who have” and “enjoy the secrets”. And what's wrong with that? Jennifer, 24, brings up the point of the "double standards" applied to men and women. If "it is or would be okay for a man to do it," as Jennifer says, why not a woman?

Still, to say that casual sex is liberating in and of itself is to ignore the nuances of sexuality. Carmen noted that people need to more concretely define sexual liberation. “Live your life," she said, "But I think that sexual liberation doesn't mean multiple partners. It means being comfortable with the way you want to express your sexuality however it may be”.

Women going on "sex holidays" abroad isn't any more dangerous than hooking up at home. Regardless of geographic location, it's an assumed risk when having sex with strangers. But women should be free to make that decision. My only hope is that these women are not seeking to fulfill any sort of void by taking these trips. This is not intimacy. It's just sex — good, old casual sex. If they can handle that, more power to them.