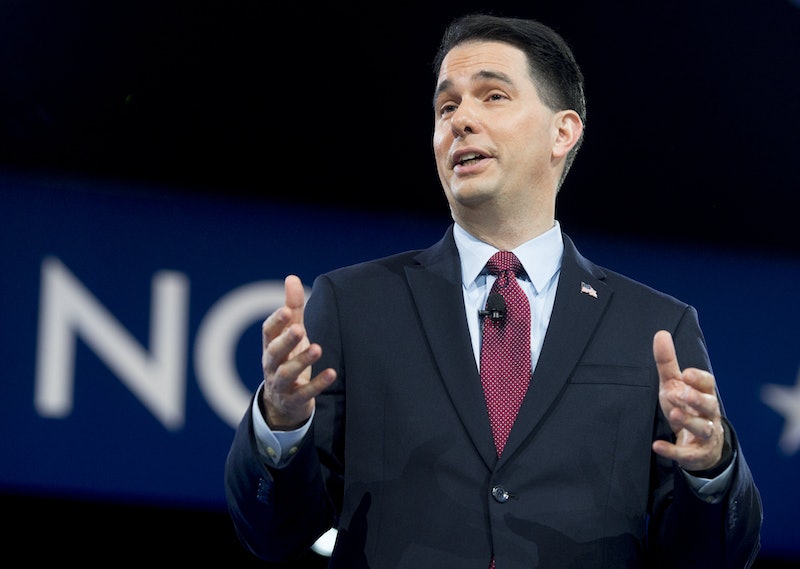 The next state to vote in this absurd presidential primary is Wisconsin, which will head to the polls on April 5. Scott Walker, the state’s governor and a brief 2016 contender himself, hasn’t yet thrown his weight behind any of the Republicans running for the nomination, but he says he will by the end of this week. So who will Scott Walker endorse in the Republican primary?

Only Walker knows for sure, but the smart money is on Ted Cruz. Sure, Walker’s gentle, aw-shucks demeanor is the tonal opposite of Cruz’s fire-and-brimstone schtick, but from an ideological standpoint, the two are more or less indistinguishable. Despite his unassuming persona, Walker is every bit the far-right extremist Cruz is. He’s just much more slippery about it.

Last week, Walker tipped his hand a bit in a radio interview about the state of the race. Speaking to Republicans who are “uneasy with the frontrunner right now,” the governor said that “Ted Cruz is the only one who's got a chance other than Donald Trump to win the nomination, statistically.” That’s not a flat-out endorsement, but it would certainly be odd for Walker to get behind Trump after a comment like that.

If Walker does endorse Cruz, it won’t be a surprise. In addition to his ideological affinity with Cruz, Walker hinted months ago that he was uneasy with Trump. Back in September, while announcing his own withdrawal from the 2016 race, Walker expressed his hope that one of the Republican candidates could ”offer a positive, conservative alternative to the current frontrunner.”

It’s pretty clear that Walker isn’t a big fan of Trump. One might suspect that, as a governor, Walker might support the other remaining governor in the race, John Kasich. But in his radio interview, Walker said that Kasich can’t “win the nomination, statistically.” So yeah.

Would Walker's endorsement help Cruz? That’s tough to say. On the one hand, the race in Wisconsin is super close — the last poll had Cruz up by just one point, so it’s basically a tie — and any boost to one candidate or another could theoretically decide the race. On the other hand, it’s not clear that a Walker endorsement would provide that boost, given that he has one of the lowest approval ratings of any governor in the country.

That said, Wisconsin has emerged as something of an epicenter for the anti-Trump movement. Prominent conservative radio hosts throughout the state have spoken out against Trump, as has Speaker of the House Paul Ryan, who represents Wisconsin in Congress. On Monday, Trump himself did a radio interview with local host Charlie Sykes without knowing that Sykes is a committed member of the #NeverTrump movement.

It's funny. When the 2016 race was still in its nascent stages, many commentators laughed off Cruz's chances and assumed that Walker would be the man to beat. How drastically things can change in six months.