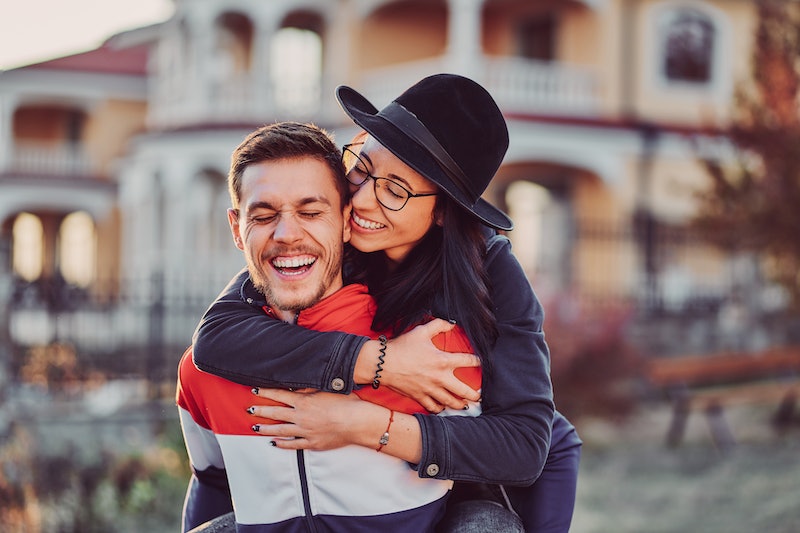 I’m having a heteronormative crisis. No, I’m not pregnant. It’s worse. I’m in love with a cis, straight man. Let’s call him Ben.

Six months into our relationship, I realized that despite my absolute love and adoration for Ben, I didn’t feel as connected to him as I had with previous queer partners, or even my closest female friends. More alarming still was the knowledge that the work to build our connection seemed to fall on my shoulders. I spoke to my straight friends about it. They, despite feeling connected to their boyfriends, all identified with being the one to encourage more emotional bonding.

“It’s a push and pull dynamic,” one friend described, “you grow to like it. It’s nice.”

It didn’t sound nice to me. As flawed as my previous relationships were, we came into them as fundamentally equal. Our emotional work was equally shared and appreciated. I hadn’t considered emotional work as gendered before, so entering my first heterosexual relationship felt like stepping into a foreign world. A world I was ill-equipped to deal with.

It was time to ask myself one key question: How can I make my straight relationship feel a little more like my queer ones? Asking this brought more questions than answers. What does it mean? Can it even be done? Do I sound like a total idiot? Probably, but that was beside the point. I was on a mission to recognize heteronormativity in my relationship and tackle it head-on.

I think that there’s something to be said about women being socialized to be more empathetic, generous with their time and advice, and nurturing. I feel as though straight men can be emotionally lazy by comparison, and we could all benefit from more gender parity. But I am not naturally better than men at emotional work. In fact, I’m pretty bad at it, and I’d love my partner to help me out a little.

I’m sure I’m not alone in finding these issues incredibly difficult to bring up with a partner. Asking someone to be more emotionally present is hard, especially when they’re not really sure what that means. Asking him to step up his game, while difficult, was ultimately liberating. We discussed ways to delegate emotional work (however unemotional that may sound) and hoped for the best.

After a few weeks, I noticed that Ben worked hard to remind me about upcoming birthdays, played an empathetic (rather than problem-solving) role in conversations, and once came home and asked me, “do you feel more connected to your body today?” Oh, you beautiful tropical fish, as Leslie Knope would say. He was trying. Beyond his lovely efforts, the most useful question we started asking each other was "How can I make you feel more loved this week?" Recognizing that our needs and feelings were constantly in a state of flux meant that we engaged in emotional conversations more frequently and, ultimately, more naturally.

Many people within the queer community are openly positive about sex. They talk freely about the radical possibilities of pleasure, are vocally body-positive, and the sex isn't all about penetration.

Finding myself in my first hetero relationship, I was wary of the implications of phallocentric sex. In my eyes it made the act of sex more about pornographic pleasure than having fun and enjoying one another’s bodies. Thankfully, Ben was on the same page as me. Actively making sex about more than the orgasm meant more kissing, being playful, laughing, touching, and just enjoying one another’s body. No, our sex isn’t queer. But by rejecting heterosexual stereotypes about what sex should be (hello, phallocentrism), our sex is lovely.

This one’s on me. Or so I tell myself, because that’s what I have a tendency to do — and that’s what a lot of women have a tendency to do. We look at our emotional dissatisfaction (how often should we see each other? Why didn’t he call?) and blame ourselves for being too needy. But we’re not needy for having needs. When something is wrong, my first instinct is to blame myself. And that’s just not helpful — especially in relationships. It doesn’t matter what I could’ve, would’ve, or should’ve done — a relationship comes in two parts and it’s on both of us to make it work.

You see, as much as heteronormativity weighs on some aspects of our relationship, the difference between hetero and queer relationships will never be as great as the difference between two individuals. Sometimes that comes with the baggage of being a man, and sometimes it doesn’t. There will always be things I will miss about my queer bubble, but should Ben and I break-up, there would be an equal number of things I would miss about him, too.

I’ll continue to challenge heteronormativity in my relationships, just like I do in the rest of my life. But, more importantly, I’ll look for partners who want to take on that challenge with me. And for now? I think I’ve found one.

More like this
Are Gemini & Scorpio Compatible In A Relationship?
By Kristine Fellizar
What The History Of Pride Month Means For Celebrations Today
By Jay Polish
Here’s How To Reignite The Spark In A Sexless Relationship
By Vanessa Marin
Here's How To Stop Being Codependent In Your Relationship
By Madeline Howard
Get Even More From Bustle — Sign Up For The Newsletter