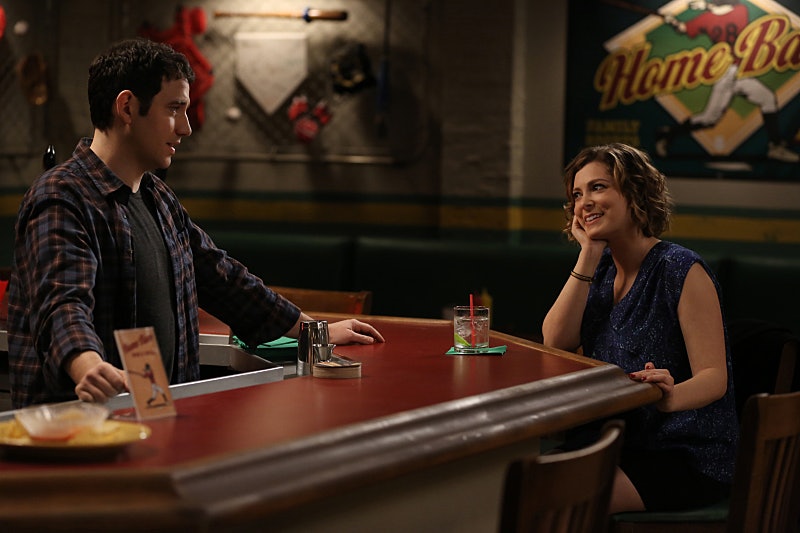 Last Monday night's episode of The CW's Crazy Ex-Girlfriend ended on a cliffhanger, so you better bet your bottom dollar that I was counting down the seconds until I could find out how Rebecca would answer Josh's question about whether or not she loves him. To my surprise, Rebecca told the truth. Well, part of the truth, at least, as she admitted to having feelings for Josh at one point in time. But realizing that Josh had chosen to be with Valencia, Rebecca was finally ready to move on. So naturally, all of that made me wonder if Rebecca was actually being genuine in this moment, proving that people can change.

I continued to wonder that throughout the episode as not only Rebecca but also several other characters seemed to try to move on from what has been holding them back throughout this season of Crazy Ex-Girlfriend. Valencia wanted to get on Josh's family's good side after Rebecca helped her snag a spot in his sister's bridal party. Greg was in desperate need of a swift kick in the pants to get motivated to succeed in school as well as stop chasing women who have no interest in him. And Paula needed to stop scheming to get Rebecca and Josh together because she shouldn't keep trying to get her friend romantically involved with someone who is toxic to her self-esteem and wellbeing.

Things usually don't work out so well for anyone on Crazy Ex-Girlfriend, so you can imagine my shock when the episode slowly but surely showed that the characters are growing and overcoming the obstacles that have held them back so far this season. Rebecca actually helped Valencia get in good graces with Josh's family at her own expense. Even though she saw an opportunity to throw Valencia under the bus when a photo of Valencia in Josh's sister's wedding gown ended up online (thanks to Paula), Rebecca took the blame, becoming one step closer to freeing herself from Josh.

OK, in this instance, Valencia technically didn't do much growing, but before this debacle, she did share a nice, vulnerable moment with Rebecca where they each complimented the other on her bust size. Baby steps, people.

After failing an exam that he thought he would easily ace and having his efforts in helping a supermarket employee win the heart of a crush who was clearly not interested failed, Greg realized that he needs to put some effort into studying and in life to finally make something of himself. He also finally realized that he can't continue to be Rebecca's back-up guy when things aren't going so well with Josh, so he essentially said that the two can't hang out anymore.

As for Paula, since she posted that photo of Valencia in Josh's sister's wedding gown even though Rebecca called off the whole mission to make Josh love her, she clearly had a hard time moving on. The reason why she went against Rebecca's wishes is because she's worried that if the two aren't working together to make Josh fall in love with Rebecca, they won't be friends anymore. Rebecca assured her that was nonsense, but I'm not totally convinced that Paula completely got the memo.

OK, so it seemed like I got mixed results to my question about whether or not people can change. Rebecca and Greg seemed to successfully change for the better, but Valencia and Paula seemed to be acting in a way that will eventually get them into trouble... again.

However, the end of the episode gave me a definitive answer loud and clear. Not only did Rebecca tell Josh in person to just focus on Valencia and his family and not on her from then on, but she also went back to Greg, kissed him, and assured him that he's not her second choice.

They started to have sex at the end of the episode, really the most intimacy we've seen on the show up until this point, and it looks like the next all-new episode is going to be all about Rebecca and Greg hooking up. As the penultimate episode of the season, that means Crazy Ex-Girlfriend could totally wrap things up in a nice, pretty bow, or it could destroy everything and pick up the pieces in Season 2. Since I don't think Crazy Ex-Girlfriend will change too much going into its sophomore season (nor do I really want it to), it's probably going to be the latter.