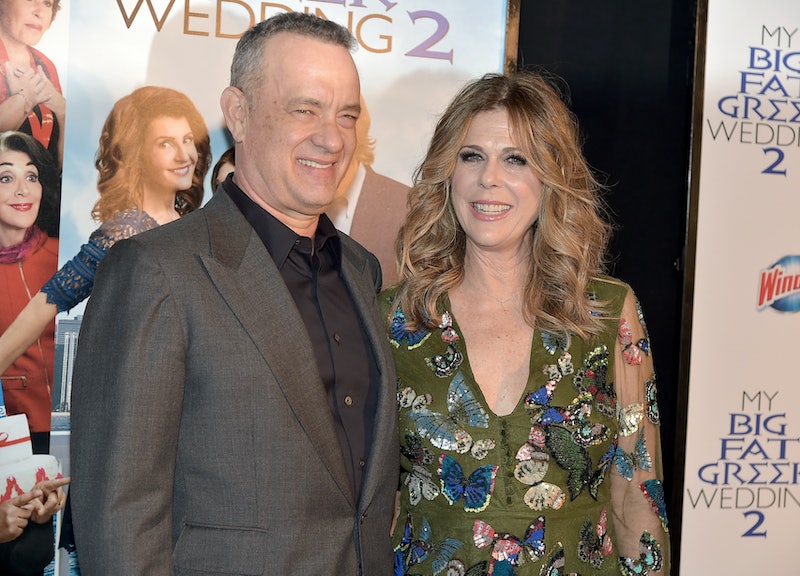 Getting involved in a car accident is a scary thing, no matter what side of the accident you are on. According to new reports, Bridge Of Spies actor Tom Hanks is allegedly becoming entangled in the aftermath of a car accident in which he wasn't behind any wheel. As reported by The Wrap on Monday, Hanks and his wife Rita Wilson are allegedly being sued over their son Chester "Chet" Hanks' car accident. Chet allegedly rear-ended Terry Moogan's car on the 110 freeway in February of 2015. According to The Wrap, Moogan is allegedly now suing Hanks and Wilson because they own and provided Chet with the car in which he was driving during the alleged accident.

According to The Wrap, Moogan's suit claims:

According to TMZ, Chet allegedly did not receive a DUI for the car accident, and it is unclear whether he really was under the influence as Moogan alleges in his suit. TMZ also reports that the car accident allegedly did not have any police on the scene, allegedly because Chet asked Moogan not to call them. According to the report from The Wrap, the suit "alleges negligent entrustment of a motor vehicle and negligent entrustment of a motor vehicle," and seeks unspecified damages. Chet is allegedly also named a defendant in the suit, reportedly for negligence.

Bustle has reached out to Tom Hanks' team for comment but did not immediately hear back.