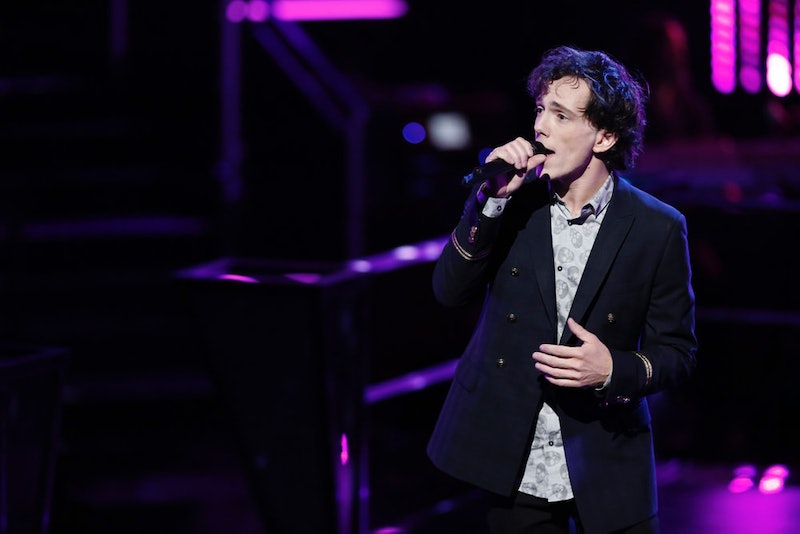 It's Knockout time on The Voice. You know what that means — the best of the best are duking it out against a member of their own team to earn a spot in the Live Playoffs. You'd think the coaches would pair a great singer with an okay singer so they wouldn't have to lose a valuable asset. But Adam Levine clearly didn't practice that tactic. The veteran paired two of his four-chair-turn contestants, Owen Danoff and Ryan Quinn, and it didn't end well for him. Levine was forced to make a tough choice to eliminate one of his best, and his team will suffer because of it.

Danoff and Quinn are both amazing artists in their own way. Danoff has a cool, folk sound that is not heard very often on The Voice. As a bonus, he literally has talent in his blood — his father was in the band that produced the classic "Afternoon Delight" — so he has to be good. Quinn, on the other hand, is more refined and polished than Danoff. His sound is strong and crisp. It's obvious in his performances that this isn't his first rodeo.

Unfortunately, only one of these talented artist could win the Knockout Round and that was Danoff. His rendition of Billy Joel's "She's Always A Woman" was both emotional and vocally perfect. He brought the words to life on stage and put his own, personal spin on a classic. Though Quinn was good, it wasn't his best performance. Chalk it up to poor song choice or just a bad night, but the 25-year-old couldn't seem to find his rhythm in the song and that's why Levine let him. Thankfully, coach Christina Aguilera saw Quinn's potential and stole him right away. This means that both Danoff and Owen rightfully earned a spot in the Live Playoffs and something tells me that neither of them will be going anywhere for a while.

More like this
Christine Quinn Says She & This Co-Star Got Paid The Most For 'Selling Sunset'
By Grace Wehniainen
Kourtney & Travis Crashed His Daughter’s TikTok Live In Their 2nd Wedding Outfits
By Grace Wehniainen
Stormi Just Walked A Red Carpet With Mommy Kylie Jenner & Daddy Travis Scott
By Hugh McIntyre
Twitter Is Upset About The 'American Idol' Top 3 Results: "Who TF Is Voting?"
By Jake Viswanath
Get Even More From Bustle — Sign Up For The Newsletter