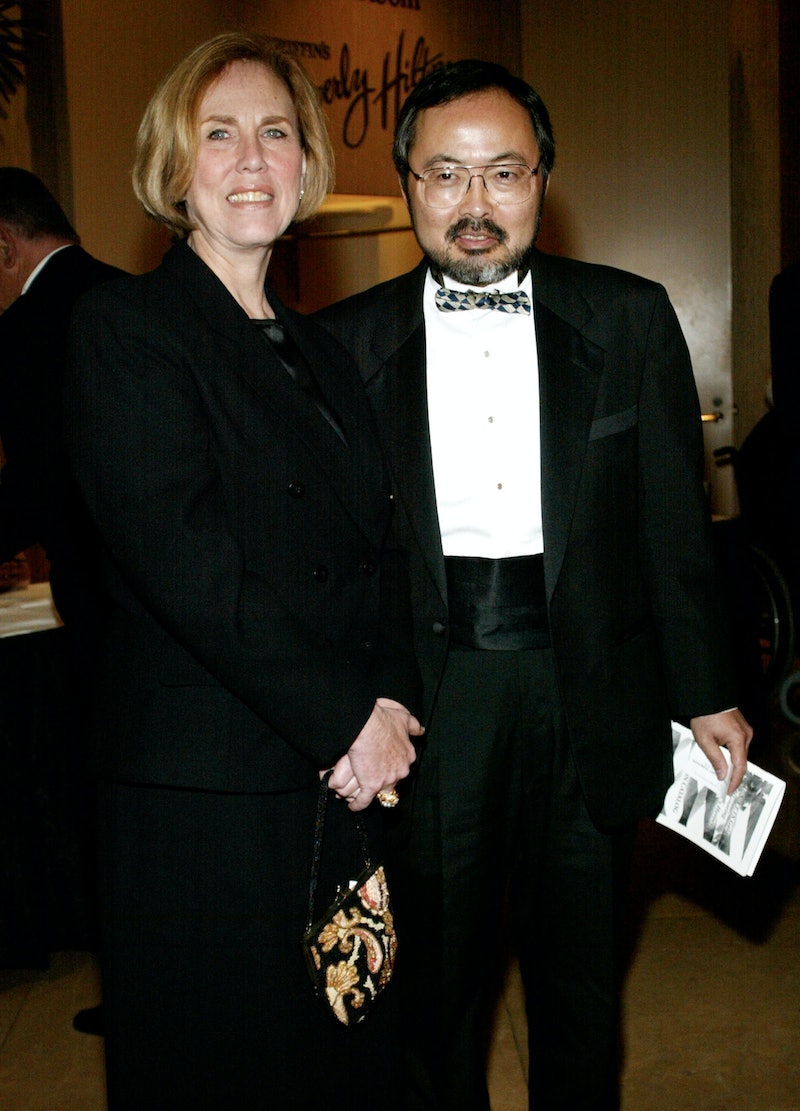 FX's American Crime Story keeps hinting at a potential secret romance between prosecutors Marcia Clark and Christopher Darden, while IRL Clark insists they were just friends. But, there was one legit real-life love affair in the trial: Judge Lance Ito and high-ranking LAPD officer Margaret "Peggy" York were — and still are — married. So where is Lance Ito's wife Peggy York today? Well, she's pretty busy.

According to her LinkedIn profile, York is the president of The Margaret York Company, which "provides advice and expertise to help make informed decisions through discreet audits, assessments and investigations. York also said on LinkedIn that she is currently writing a "story of murder on streets of LA," but she didn't specify for which medium she's writing it.

After more than 34 years serving with the LAPD, the Los Angeles Times reported that York became the first woman Deputy Chief in 2000, and, in the position, she worked as a bureau commander. The LAT also reported that she headed operations in Downtown Los Angeles and the internal affairs unit and, by 2002, she was one of nine candidates to interview for police commissioner. But, according to her LinkedIn, she left the LAPD in December 2003 to become the Chief of the Los Angeles County Police, where she held the post for a little more than five years before running for Pasadena City Council in 2008, and then branching out with her own company.

But, now let's flashback to the O.J. Simpson trial in 1995, during which the former football star would be acquitted of murder charges regarding the deaths of ex-wife Nicole Brown Simpson and Ron Goldman. (However, according to The New York Times, Simpson was found liable in the resulting 1997 civil suit and ordered to pay "$25 million in punitive damages to the families.")

Back then, York was the highest-ranking female police captain in the LAPD who just happened to be married to Ito, according to the New York Times. But, suddenly she became a key part of the proceedings when Simpson's defense lawyers wanted to play the infamous Mark Fuhrman interview tapes for the jury, in which Detective Fuhrman used the N-word and insulted York, who was once his watch commander at the West LA station in 1985, according to People magazine. The NY Daily News reported that Fuhrman called York, "Blondie" and said, "she doesn't wear the same uniform I wear." Bustle reached out to Fuhrman for comment on the content of the tapes and received this response from his manager: "Mark is not commenting on the trial, nor is he watching [American Crime Story]."

York was almost called as a witness for the prosecution to refute what Fuhrman had said on the tapes, and, if that were to happen, the prosecution wanted Ito removed as judge, because it would have been a conflict of interest for him and California law would require his removal, reported the NYT. According to CNN, Ito had to recuse himself during arguments on whether or not the tapes would be played for the jury and if York could be called as a witness. "I love my wife dearly and I'm wounded by criticism of her, as any spouse would be, and I think it is reasonable to assume that that could have some impact," Ito said to the court, as CNN reported.

Ultimately, as reported by the NY Daily News in the aforementioned article, it was decided that York would not be called as a witness, and therefore prosecution dropped their request to remove Ito from the trial.