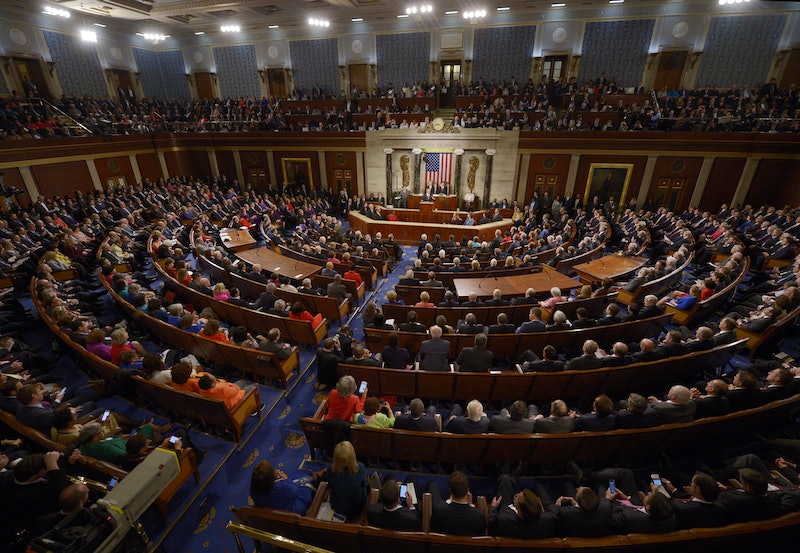 The presidential nomination race has been especially soap operatic this year, from the fierce millennial vs. Gen X showdown between Bernie Sanders and Hillary Clinton to the all-out war that the Republican contest has become. Much like your favorite TV show, it's been a lot of fun to follow. But there is another equally, if not more, important election that everyone should be following: the fight for congressional seats.

Every two years, one-third of the Senate and the entire House of Representatives are up for reelection, and in this wildly unpredictable presidential election, the congressional races are even more important than ever. Outlier candidates like Bernie Sanders and Donald Trump, whose policies and ideals fall pretty far outside the typical scope of their respective parties, are the reason that reelecting the same representatives won't be enough this year. President Obama, who is a fairly moderate Democrat and has shown time and time again that he is willing to work with both sides of the aisle, has still faced major opposition at every turn. Even five years after it passed, the Republicans are still trying to overturn the Affordable Care Act, wasting time and refusing to move forward with new legislation to fix the country.

In the admittedly unlikely event of a Sanders vs. Trump general election in November, reelecting the political establishment will mean that very little of the president's policies will be able to pass through Congress. The intense partisanship would likely only get worse if Sanders were to win the presidency, because a big chunk of his own party doesn't even support his plans, never mind the GOP. And for a hypothetical President Trump to ever accomplish any of his proposals, Congress would need a lot more far-right representatives.

However, even if Washington establishment candidates Hillary Clinton and Ted Cruz face off in the fall, reelecting many of the same Congresspeople still wouldn't work. Congress has suffered under the weight of its own partisanship in the last several years, causing some of the most unproductive sessions in the history of the country. Putting the same people who have created the bitter political stalemate back on the Hill for another two or six years won't be a step forward, but a further stagnation of progress.

Elections for senators and representatives typically aren't as enticing or dramatic as the presidential race, at least partly because local and regional media aren't as closely followed as national news. But that doesn't mean you shouldn't be paying attention and actively searching for the best candidate to support in your state. Congress and the president are meant to work together, not be at odds on every single issue. So start searching for the congressional candidates who would complement your chosen presidential candidate. That way, the country can hopefully see real change in Washington in the fall.