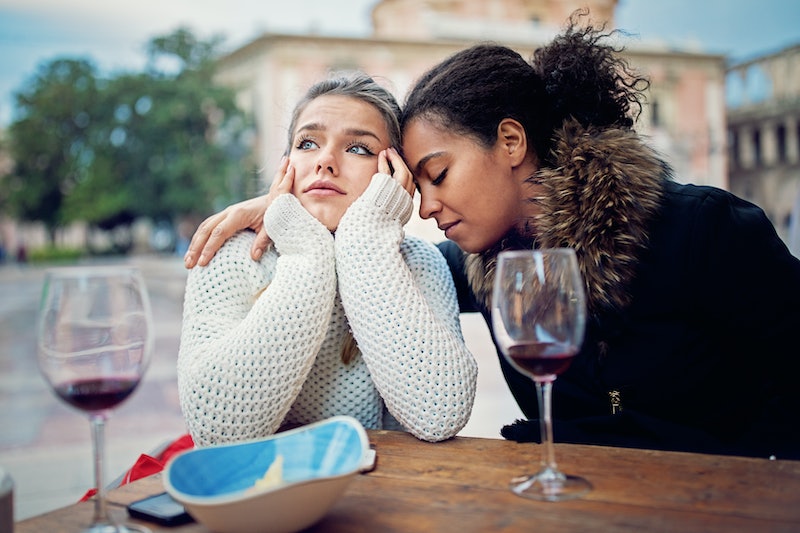 While friendship takes work, it shouldn't be hard. If you're putting a lot of effort into making a friendship work and only getting push back or pushed back, it might not be the kind of friendship that's meant to last. It's never a waste to get to know someone and share yourself with someone, so don't get too nostalgic and upset if you realize one of your friendships isn't gong to last. We learn from everything we do and that includes every friendship we have. These are a few things to look out for if you're wondering if a friendship is doomed.

Does this friend have a lot of enemies in her closet? A lot of friends that were once super close and now are nowhere to be found? If so, this person might have a tendency to get close fast, and burn out.

Friendships that last are not filled with judgement. It's one thing to care or worry about the way someone lives their life, it's another to be judgmental and make someone feel bad about being who they are.

Does your friend constantly talk about her other friends behind their back? Does she have something to say about everyone? Don't think you're an exception — chances are your friend will turn around and talk about you, too. A lack of loyalty is not conducive to a strong friendship.

A key skill for being a good friend is knowing how and when to be empathetic instead of sympathetic. A true friend knows how to get in the trenches with you and feel how you're feeling. If your friend always choses sympathy over empathy, they're not willing to emotionally open themselves up to you — it's a dead end.

Some people who are not capable of being long-term friends act almost like casual Tinder dates in friendships. When you're with them, you're the center of their universe, you have all of their attention. But the second you leave each other, it's like you don't exist. They're not texting you to see how your exam went or how your argument with your mother played out. They only care about you when they can see you. Sorry, but it's not a real friendship if you can't see it when it's not in the room.